In Between Jerusalem and England 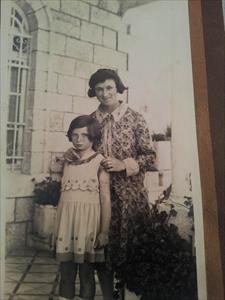 Childhood
Ruth’s parents, Moss and Ethel Levy, came to Jerusalem from London and were married by Rabbi Kook  She was born on January 31, 1922 at the Shaare-Zedek Hospital in Jerusalem. She is an only child. 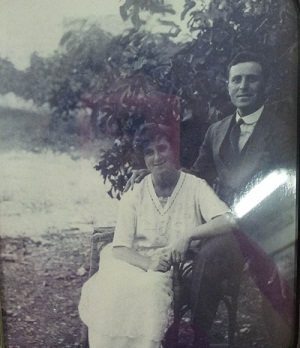 Ruth’s parents after their marriage in a garden in Jerusalem. 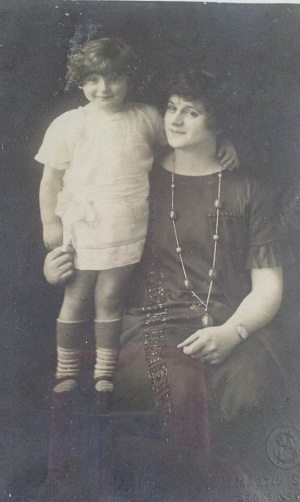 Ruth at the age of five with her Mother.
Ruth played with Arab children and with a couple of Jewish kids. She stopped playing with the Arab children after the Arab riots in 1929  and 1936-1939.
Later the family lived on the ground floor of a large house, called Frutiger house. Their upstairs neighbors were the famous Usiskin family. Afterwards, the High Commissioner lived there. 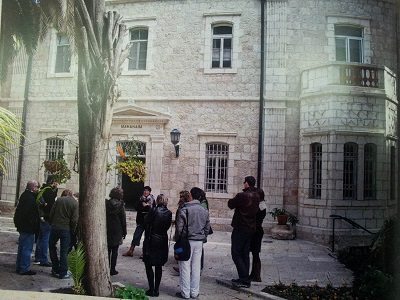 WWII
When WW II brokeout, Ruth became aNurse’s aide in Egypt and Palestine. At the end of the war, she was  awarded two medals 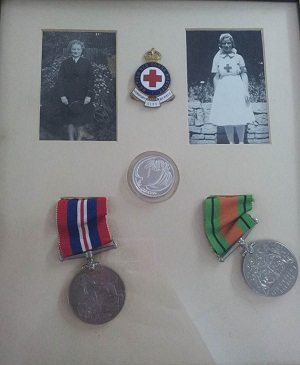 Ruth worked very hard at the Augusta Victoria Hospital, where many soldiers who were wounded in the Western Desert were brought in.
In 1950 Ruth married Herzl Sless. 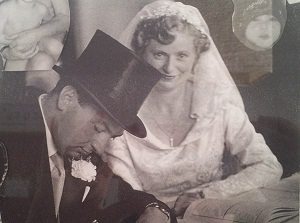 In 2000, Herzl got a MBE from Queen Elizabeth for a lifetime's work in the Jewish community. 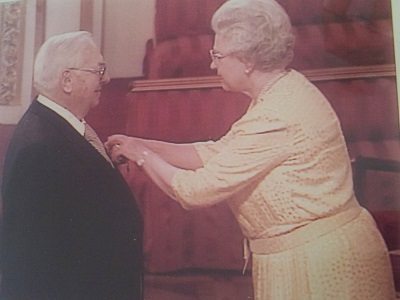 Ruth and Herzl after receiving the medal from the Queen.

Today
She has four children: two live in Israel and two in England   They all met in Jerusalem for Ruth’s 90th birthday

Reflection
I think that this project was a lot of fun and Ruth’s story was very interesting.  It was a privilege to meet someone with such a special and interesting life.
Click here to watch Ruth's presentation on YouTube
Published on July 2013