"Life is good, be active, be active politically, love your family with great intensity" 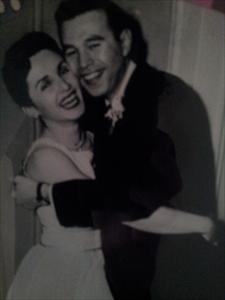 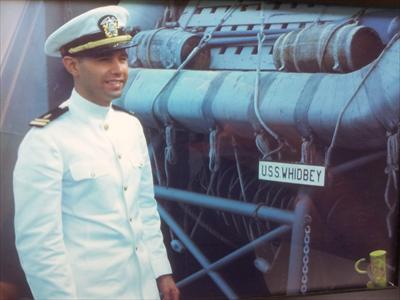 This Yom Kippur is etched in my memory

My mother, Fanny Tanenbaum, was born in Chicago and my dad, Louis H. Rosen, came to the U.S. when he was seven or eight years old and was raised in St. Louis. They met at a wedding in St. Louis and set up their first household there, where I was born. My mother was homesick for Chicago, and when I was three weeks old, they moved to Chicago.

My early childhood was in Chicago, up to the second grade, and then the Great Depression caused my father to lose his business (children’s clothing store) and we moved to California. This began an adventure because ultimately I attended six grammar schools in the eight years of elementary education.

We remained in California only a year and a half and then returned to the Hyde Park area of Chicago. The Depression had a profound effect on my father and even me. I remember going with my father into the black neighborhoods and asking people door to door if they would sell their gold jewelry for cash. My dad would be on one side of the street and I on the other.

My folks decided to move to Libertyville, IL and open a ladies wear store. The only home they could find was a house on a farm, outside of town. I was enrolled in an old country school house that had all eight grades in one room. I loved it, because I could listen to the lessons of the seventh and eighth graders that I found more interesting than mine in the fourth grade. I remember all the children brought milk for lunch in a small whiskey flask. I asked my dad if he would buy some whiskey so I could have a flask. He said he would not drink and would not do it. So of course I went to my mother, and she persuaded my dad to buy the whiskey. I remember him pouring the whiskey down the sink, so now I had a flask like all the other children. That’s what you call peer pressure!

My folks later opened two more stores, the last one being in Beverly, an upscale neighborhood in Chicago. I was enrolled in the Vanderpole school, where I was the only Jewish kid in the class.

The next interesting aspect of my life was going to the University of Illinois and Wilson College, and then joining the army for a college program. The year was 1942, and I was called to active duty in 1943. I did basic training and then the army sent me to Texas A&M University and, finally, to Washington and Jefferson College.

At first the army wanted me to become an engineer, but the first lieutenant asked if I had any college course that would permit me to go into dentistry, because the army needed dentists. I requested an enrollment at the University of Illinois. The one chemistry course and one survey biology course, enabled my enrollment in the school. I knew nothing about dentistry, but I knew I would prefer it to engineering.

I looked up a dentist in the yellow pages, I called him and asked if we could meet. He said, "of course,” and we met in his office. The dentist was a white-haired, distinguished looking gentleman, and he told me how wonderful the profession was. First and foremost, one could be one’s own boss, and I would never have to ask for the keys for the executive washroom. I would be able to make a good living, raise a family and be in a respected profession.

I enrolled at the University of Illinois College of Dentistry and completed the coursework in 1948. I received a commission of lieutenant junior grade in the U.S. Navy, and in 1949 I was sent to the naval training base in San Diego, California. After a short tour I was sent to the U.S.S. Whidbey, a naval medical survey ship sailing south of the Philippine Islands. I became the dental officer along with two medical officers who examined natives on islands in the Trust Territory: Former Japanese islands that the U.S. took over after WWII under the auspices of the United Nations. We determined health conditions on these islands and made recommendations. The landings on a motor whale boat were always perilous as the seas were sometimes high and we carried medical equipment that had to be kept dry. But it was an adventure that I will never forget!

Life onboard the Whidbey was Spartan. Most memorable were the salt water showers that were never hot and never satisfying. The meals were not to be looked forward to either. As an example, for breakfast we had powdered milk and powdered eggs, which were made palatable by smothering them in ketchup. I remember when a supply ship had an oversupply of fresh eggs and were happy to give them to us. I asked the steward to prepare them, I think I may have had ten of them at one sitting!

We visited the islands of Guam, Saipan, Yap, Koror and Tinian, among others. (It was at Tinian that the Enola Gay B29 took off to carry the first atomic bomb that was dropped on Japan. I saw the huge hole in the ground that was dug for the bomb that the plane went over for it to be lifted into the plane.)

While on Saipan Island, I discovered that it was Yom Kippur and asked the captain if I could go to services in Guam or Japan, where there were other Jewish sailors and soldiers. The skipper said emphatically no. (He was not a sympathetic person.) The port captain whom I had met earlier turned out to be a Lt. Weinberg, and I told him of my quest for going to services. He said he would love to go also, but he could not leave.  He told me that his wife and three children were in a Quonset hut, and offered that I could spend Yom Kippur with them. Skipper reluctantly gave me permission to go with Lt. Weinberg to his home. There I was met by his charming, smiling blonde wife and three lovely kids, who immediately came up to me and began hugging me. Why, I don’t know. But we went to the sofa and began reading books and talking and jabbering and saying a few prayers from a siddur. Then Mrs. Weinberg suggested that we all go for a swim, which we promptly did among the giggling and laughing of the kids.  It was so refreshing, even more refreshing than the cool waters of the Pacific Ocean. Lt. Weinberg had to leave for an inspection but came back in time to conclude our miniature service, and the adults broke the fast by having some specially prepared food that had been brought recently by air from the States. This Yom Kippur service is etched in my memory.

When I completed my tour of duty on the Whidbey, I was transferred to an attack transport called the U.S.S. Billy Mitchell. That ship took me to the Philippines, Japan and finally to San Francisco, where the thrill of gliding under the Golden Gate Bridge brought tears to my eyes.

I completed my duties at the naval training center at Great Lakes, Illinois and practiced dentistry at night to help an ailing dentist in Waukegan and earn extra money. Then, over three months in 1952, I traveled to England, Europe and Israel. While in Israel I met my cousin, Lou Kaddar, later personal assistant to Golda Meir, and was introduced to Golda Meir. I was issued a ration card for food like all citizens and shared it with Lou’s sister and children. Later I stayed at Kibbutz Lavi and was given an egg at breakfast. But someone saw the egg on my plate and said, "it’s not for you; it’s for the children.” I looked my egg longingly but was pleased to give it to the children. Eggs were very scarce.

When I returned, I opened my dental practice in a small town called Worth, south of Chicago, and was the first dentist in this small town. I met Shari Lippitz and Barry, fell in love and we married in 1956.

The first date I had with Shari was on a cold January evening. We left her house for a short walk, bundled up against the wind. I told her about my adventures in Israel. It was then she told me that she really liked me. By our third date, we decided to marry. I ordered a sandwich but couldn’t eat it. I blurted out, "You know, I love you!"

”Life is good, be active, be active politically, love your family with great intensity“