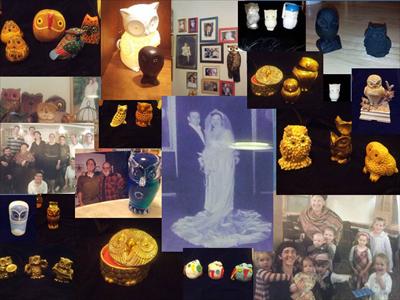 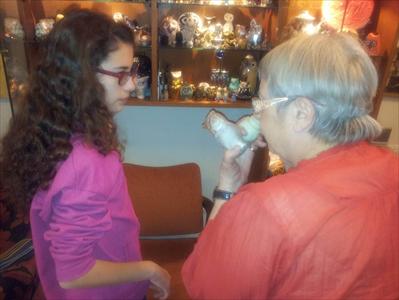 Life Begins at Forty
Until forty I lived in the united states with my husband, Stanley and our three children, Beth, Lisa and  Philip… and then we made Aliya. 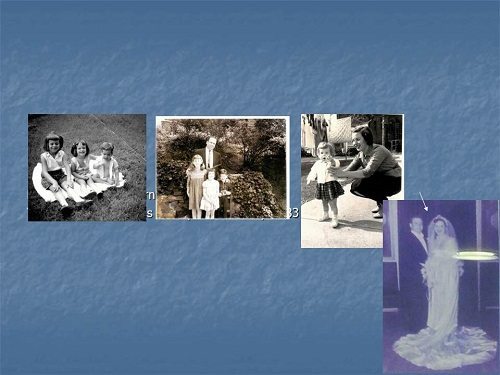 1951- Stanly and I get married
Before that, I was born in Brooklyn, N.Y in the Year 1930, that makes me a proud old lady of 83 years, with ten grandchildren and eleven great grandchildren…. And one more on the way…. Baruch hashem!!!
I never meant to collect owls…
In 1986 We were on shabatone and visited Lisa in Albany, N.Y. We stopped to look at some items on a Bridge table that were for sale. The little owl caught my eye! It seemed exactly the right size to keep Quarters for the laundry machine. Lisa and I asked the man what the money was for but he didn’t want to tell us! He said  "you won’t recognize the name of the organization, but I’ll tell you anyway… its Magen David Adom”. I thanked him, paid the 25 cents and said goodbye without a hint that we knew. It gave us such a wonderful feeling to find a bit of Israel on the streets of Albany. 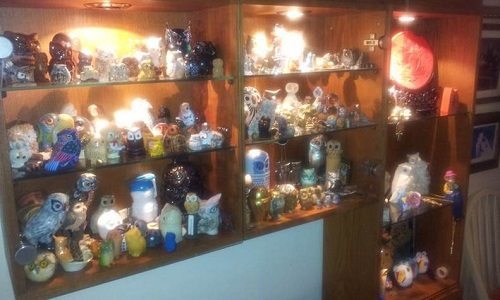 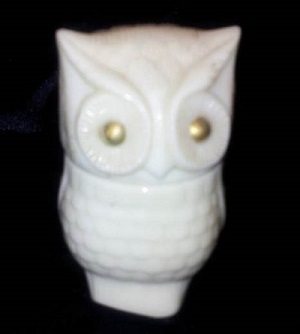 JAPANESE
These owls are Japanese. Two of them open (as you can see in the picture) in order for you to put things inside. 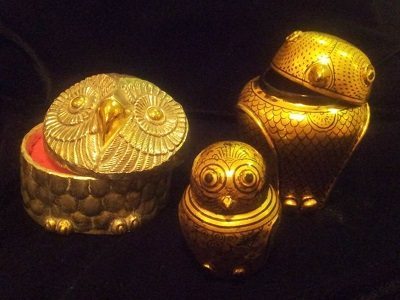 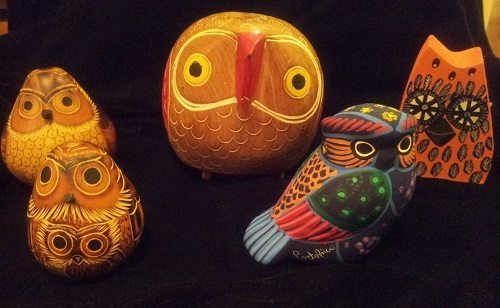 These owls are mostly from Peru. I can remember where they are from because of their bright and wonderful colors.
JERUSALEM OWLS 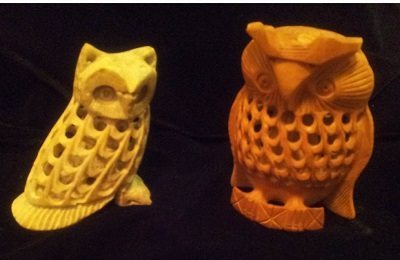 These are my musical owls. I don’t only have musical owls, I also have a musical grandson- Dan!
THE VENICIAN OWL 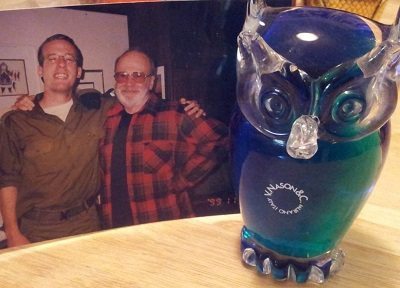 This owl is my mostexpensive since it is made from Murano glass. When my grandson went to Venice, Stanley gave him money and said to spend it all on his girlfriend. Instead Noam bought me a very expensive Murano owl.
THE CIGAR OWLS 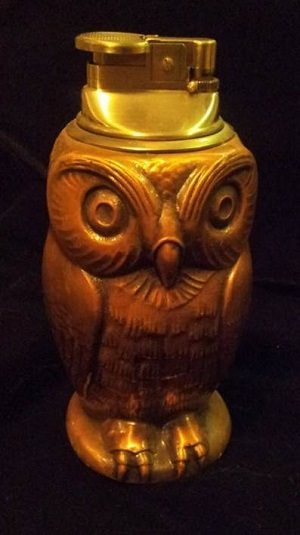 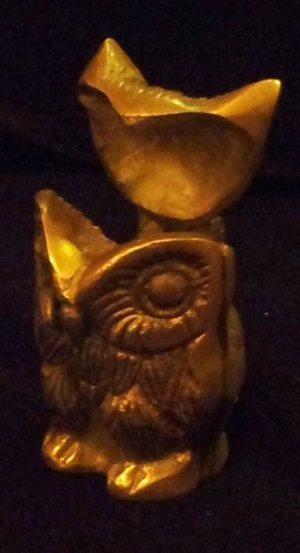 These owls aren’t a set although they do match. The left owl is a cigarette lighter and the right one is to put out the cigars.
FAMILY 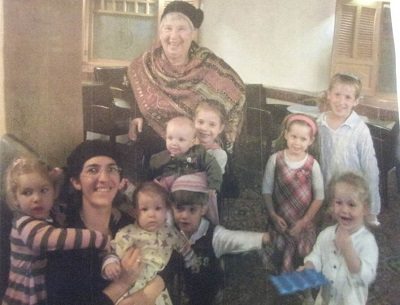 My great grandchildren made me these owls from socks…. I love these owls the most since they remind me of my family and how they never forget to get my owls wherever they go!
SCOTLAND 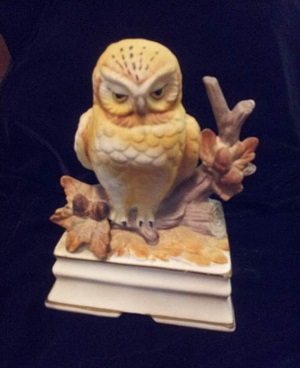 This owl is a music box. Not only does he have a beautiful tune, he is also one of my favorite owls. The sound makes you feel so peaceful and quiet.
LAVA OWLS 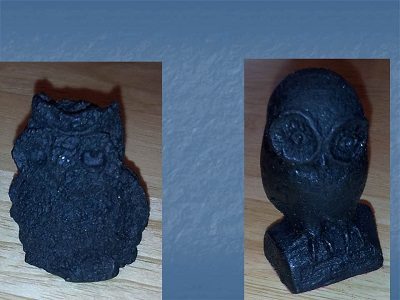 These owls are from Italy. Yehuda , Meitav and Yochai (my great grandchildren brought those from Sicily They are made from 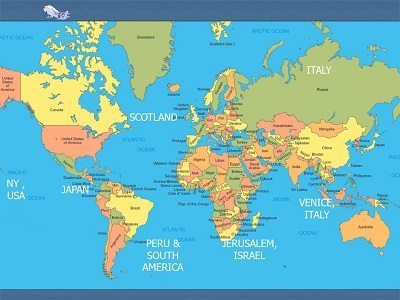 PERSONAL REFLECTION
Eleanor- "Nitzanis special. She has a combination of technical skills, and she is sweet and charming. I loved working with her. I hope we will stay in contact. As she brightened my life!
Nitzan- "working with Eleanore has been an experience I will never forget. Eleanore is a special person that you don’t meet everyday on the street. She is one of a kind.”
SPECIAL THANKS:
We would like to thank:- Sharoni for making this project and everything around it up and working.- Ayelet for helping us with all the computer problems.- We would like to thank everybody for coming !
Click here to watch Eleanore's presentation on YouTube