"There was a concentration camp there, with gas chambers" 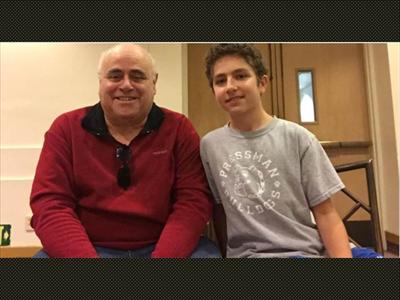 When I took a train trip to Dachau, Germany in 1972. There was a concentration camp

there, with gas chambers. I went there because I thought it would be significant. When I was

on the train, I realized that 30 years earlier, Jews were transported there on the same road.

Going on the train made the trip a lot more meaningful.

Pesach Seder at my grandfather's house. He was a very religious man. He was my maternal grandfather and, in fact, the only grandfather I had, as the other died in the Holocaust. The

fourth question ( why do we recline today and sit normally on other nights) was very important to him so a couch was put at the head of the table where he sat so he could recline.

The Pesach Seder, both because the whole family gets together, and it brings back the connection of what we do today and how it was practiced thousands of years ago.

”There was a concentration camp there, with gas chambers “