"I'll pick up a few stones and shrubs, and keep them, because they represent history." 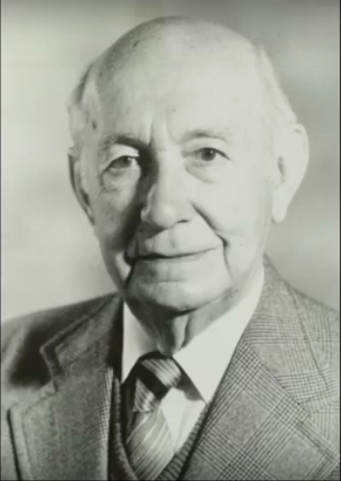 My great grandfather was 16 years old when he had to move away. As a Jew, life was difficult in Russia of 1914, it was practically impossible to get a job and persection and discrimination was not uncommon. They had to leave. They traveled to Capetown, South Africa and started working. Every night after work he would go home and study to become a lawyer. He went on to become a successful lawyer in the apartheid who defended innocent people who were wrongly accused of crimes they did not commit. Most times he won his case.  74 years later in 1988, my grandmother, his daughter went on March of the Living to Poland as a supervising teacher.

She was told by her father to go to walk down Gumyennagas street and down a stream, leading her to the place where he had his bar mitzvah. She sent a postcard to him from that place and collected shrubs and a stone from the area to take back to him. However, she had to wait to call him about her experience until she reached Israel as it was impossible to call South Africa from Poland. Once she arrived she called him, but recieved a call back from her brother who broke the news of his death. She went home immediately to Pretoria, South Africa and put the stones and shrubs that she collected from the Shul in Poland onto his casket. A week later she recieved the postcard that she sent him.

,If I ever visit Poland, I will go back to that street and walk across that stream. I'll pick up a few stones and shrubs, and I'll keep them because they represent history.

”I'll pick up a few stones and shrubs, and keep them, because they represent history.“