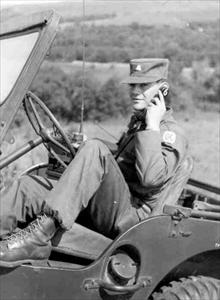 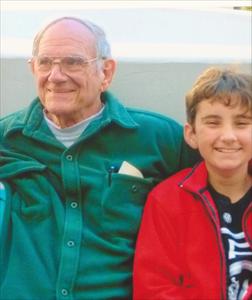 A Journey to the Past

When my grandpa was a teenager and went to services with his friends.

A Seder when he was 10 or 12 it was small, only his brother, mom, dad and him but there was very good food, and it was warm and there was just a good vibe.

A Seder because he lies to remember all of the symbolic things such as charroset or marror and remembering Jewish tradition.

While documenting the story mention as many details as possible, including significant family names, places and dates, to record the most authentic, rich and accurate narrative as possible.

When my grandpa was about 12 in (1945) he decided to start going to shul every week with his friends. One of his friends who was a strong Zionist and lead services while becoming a bar mitzvah. My grandpa didn't have a bar mitzvah. He remembers that the service was not orthodox and that men and women sat together. That year he and his family had a Seder this was important because his dad was a doctor, either for the army in World War II, or a general Doctor and was always very busy. He had a very busy job and sometimes he was overseas. Meanwhile his mother was very busy, as a newspaper writer and artist. My grandpas mom really had gotten used to raising to kids by herself and even drove The Seder really brought the family together. He remembers really good food and warmth and thinking about how our ancestors escaped Egypt with symbolic foods such as marror or charroset.