Five Stones
Five stones is a fun, simple game that you can play alone or with friends. All you need to play are 5 small items, traditionally stones. The object of the game is to complete a series of moves without dropping any of the stones.

"I love to spend time with all of my grandchildren" 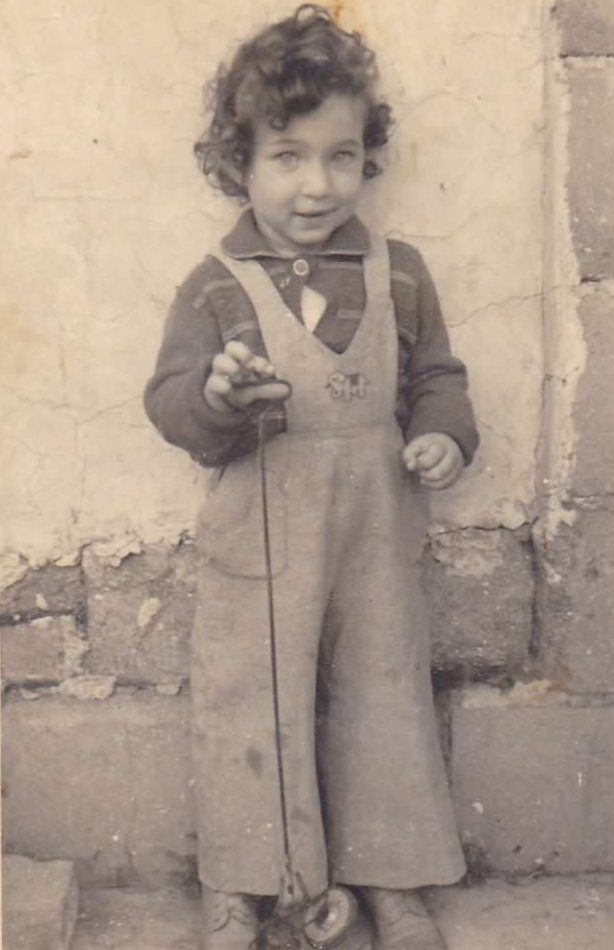 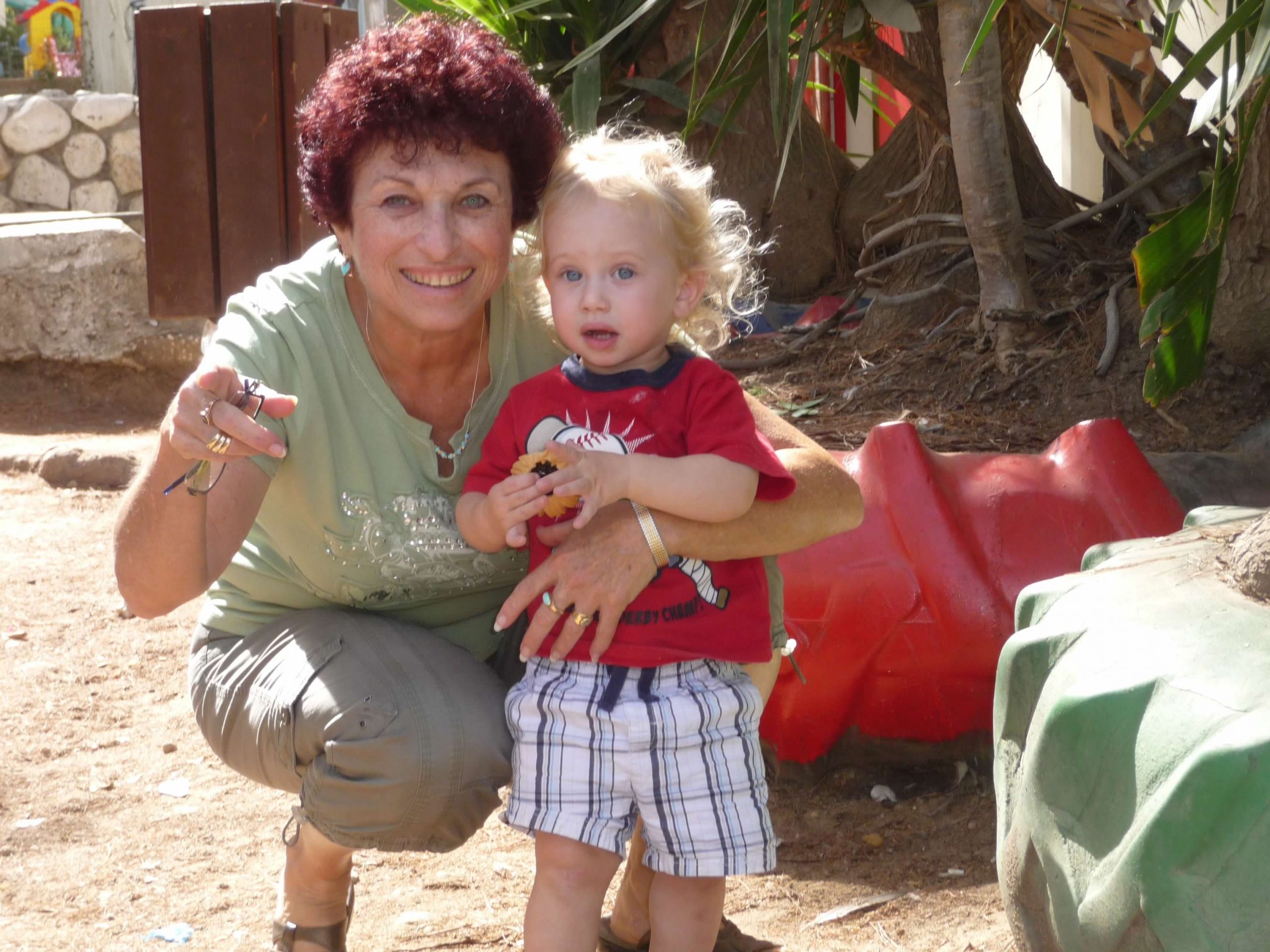 Irit Rafaelovich tells the story of her life

I was born on January 8 1952 at the Tel Aviv Hakiria hospital, which doesn’t exist anymore. My parents were born in Poland. My Mother, Sara Ptashnik, was born on Dec 24th, 1926, in a town called Sosnovich (today Sosnowiec). My grandparents’ names were Yosef and Hanna Ptashnik. My great grandfather was a "Haider" teacher in Sosnovich, he taught children to read and write in Hebrew and Yiddish. My grandfather was a merchant, and my grandmother was also a teacher (used to help her father) and a housewife. The family spoke Yiddish and Polish, they also knew some German since the town was on the border of Germany and Poland. The family had 6 sisters and 1 brother, the youngest.

World War II and the Holocaust

Before the German invaded their area in 1939, the family fled to relatives in a different town called Jawiszowice. They thought they would be safe there, but the Germans occupied this area as well. They had to return to their home and register as Jews (the rumor was that if you are not in your legal place of residence and properly registered you will be killed).

Later, the family had to leave their home and move to the Jewish Ghetto, they started to witness killings and transports of people who were unable to work. The grandparents and older children all had to work in different jobs such as sewing buttons in uniform factories. Only working people got food rations but these were also very small. From time to time there were transports from the Ghetto to Auschwitz. No one came back.

Only my mother Sara and two of her sisters (Shoshana and Ester) survived the Holocaust out of their entire family. They were taken to different concentration camps. The sisters worked as forced labor weaving parachutes. My mother was very good at her job, she always said that she was weaving faster than a machine, and that kept her alive, she also mentioned how the German noticed her curly hair and called her Poodle Kopf (Poodle head). At some point her sister Shoshana joined her in a camp called Langenbielau which was part of the Gross-Rosen camps in Germany.

My mother didn’t like to talk about what she went through during the war, but her sister Shoshana gave a testimony for Yad Vashem where she described the different concentration camps and the horrible conditions they had to endure.

When the war was over, in 1946, my mother came to Israel. First, she spent a few months in Italy, recovering, and from there she sailed to Israel and was detained by the British in Atlit camp, near the city of Haifa, until August of 1946.

After she was released from Atlit she moved to Tel Aviv where she met my father, Gershon Vegmeister. He was born in 1910 in Warsaw Poland. He came to Israel earlier, in 1944 and worked in the police and then as a painter. My mother worked as a waitress and then as a weaver, using the skills she had from the war.

In 1954, 2 years after I was born, my parents divorced. My mother moved to the city of Ramat Gan and next to her sister Shoshana. She then met Yaakov Gafni and remarried. Yaakov Gafni adopted me and raised me as his daughter. Yaakov was born in 1924 in Romania. He was also a holocaust survivor who lost most of his family in Auschwitz. He was also in Theresienstadt Ghetto and the notorious Buchenwald concentration camp.

My father Gerson would see me from time to time and take me out to coffee shops. I remember having a happy childhood. The kids would play in the street games like marbles (Gulot), 5 stones, hide and seek, catch, jump rope and so on. I also went to the Tzofim (Israeli Scouts). We visited friends and had dinners together. I still keep in touch with some of my friends from elementary school. We had a reunion a few years ago.

I remember I went to summer camps during the summer big break, where we learned about tying ropes and building tents and other camping activities. My brother Avi was born in 1965 and I helped raise him.

Irit and parents Sara and Yaakov, 1961 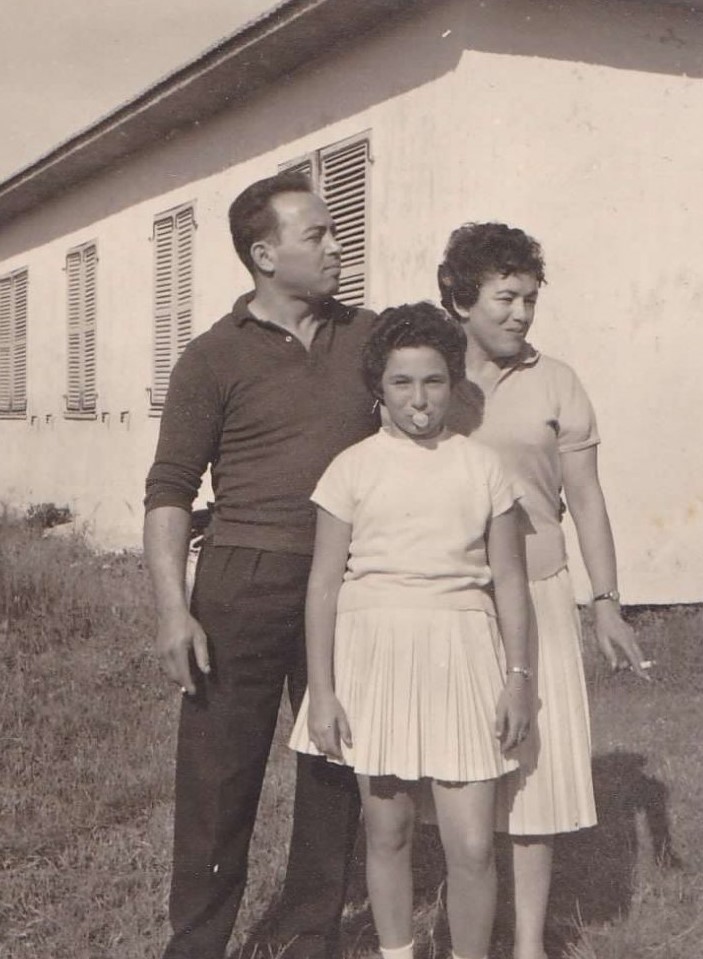 Since I studied Arabic, I was drafted to the Intelligence corps in the Israeli Army where my job was to listen to radio transmissions and provide translations.

After the army, I met my husband Avi Refaelovitch, and we got married on September 10th, 1974. Then we moved to Rishon Le Tziyon. Avi was born in 1950, in Romania. He and his parents came to Israel in 1951 and settled in Moshav Neve Mivtach, near Ashdod. They had a small farm and raised chickens for eggs. Avi learned in the Air Force technical school and served in the Air Force. Later on, he worked in Elta in Ashdod.

My daughter Hagit was born in September 1975 and my son Tal was born in February 1979. We lived in a 3.5 bedroom apartment in Rishon until 1985 at which point we moved to Neve Mivtach. There, we built a house next to Avi’s parents. My youngest daughter Shani was born in March 1987. We had a small farm with fruit orchards of Red Grapefruits and Persimmons. We did all the work ourselves, taking care of the fields and maintaining the farm.

I worked as a bookkeeper for many years. I then worked as an administrative secretary for 30 years in the elementary school of Bet Or in Moshav Kidron near Gedera. I retired in 2019.

My husband Avi was diagnosed with Lung Cancer in 1999 and he passed away in 2001. Only then I had to transfer the orchards to professional workers since I could not take care of them alone. Saba Avi was fortunate to see his first granddaughter Amit who was born in April 2001. I love to spend time with all of my grandchildren.

Later on, I met David Levi and we have been living in Gan Yavne since 2003. We love to travel the world and visit interesting places. 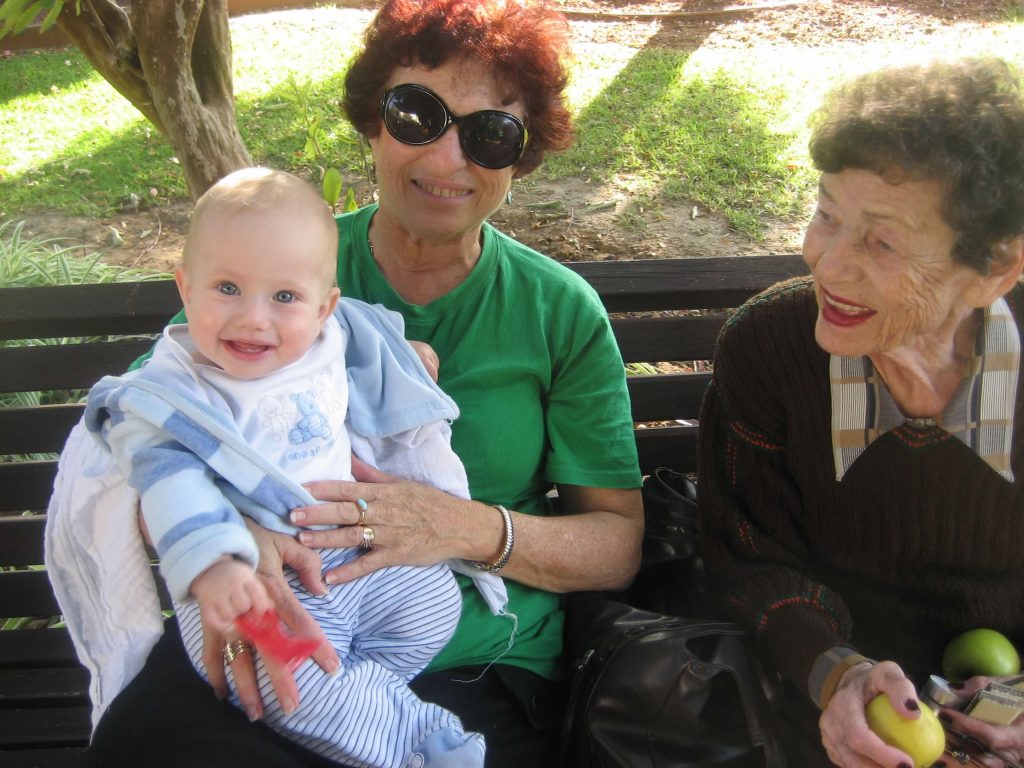 Ethan: I enjoyed learning more about my grandmothers history and spending some quality time with her.

Five Stones
Five stones is a fun, simple game that you can play alone or with friends. All you need to play are 5 small items, traditionally stones. The object of the game is to complete a series of moves without dropping any of the stones.

”I love to spend time with all of my grandchildren“