Florentin
Florentin is a neighborhood in the southern part of Tel Aviv, Israel, named for Solomon Florentin, a Greek Jew who purchased the land in the late 1920s. Development of the area was spurred by its proximity to the Jaffa–Jerusalem railway. (Wikipedia)

"During the Yom Kipur War my grandfather almost stepped on a mine called a "Krembo", a mine against a human" 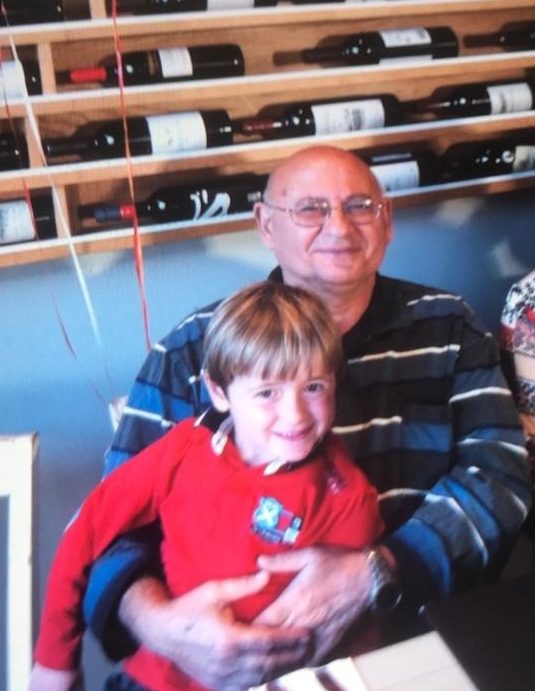 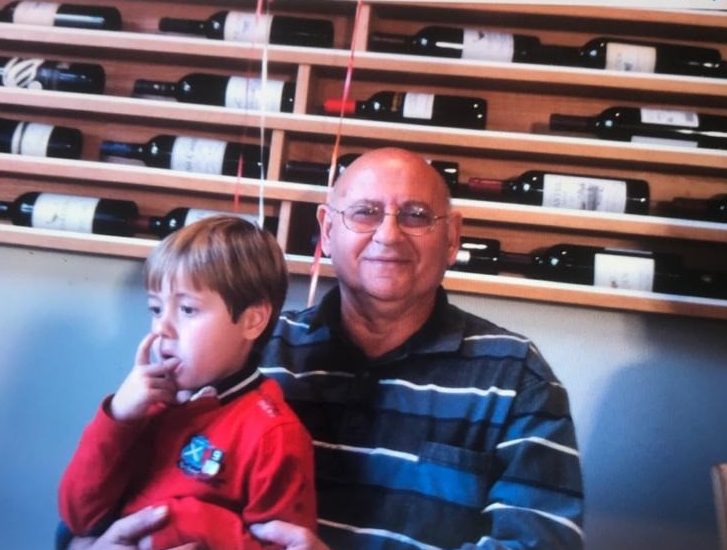 The following photo was taken when my grandpa was about 4 years old. His name is Eliezer Tiano, he was born on march 11th, 1947 in the Florentin neighborhood in Tel Aviv.

We keep in touch with each other by phone calls and WhatsApp, we talk once in a few days. Once a week and on special occasions we meet in our house or my grandparents in Bat- Yam.

Description of the picture: My Grandpa’s Picture. I chose this picture because it's interesting to see my grandpa as a baby inside an interesting toy on those days.

The picture was taken in 1948. My grandfather was about one year old. The picture is taken in a kinder garden in the Florenteen neighborhood in Tel Aviv. My grandpa is sitting inside a toy car in the kinder garden's yard. He wears an undershirt and a hat and seems happy.

My grandpa's father took the picture:

I asked my Grandpa and what he told me about his school years/ My Grandpa studied at "Bialik" school in the southern part of Tel- Aviv in 1954. The school was founded in 1938.

In this school pupils studied subjects like Math, History, Hebrew, Geography, English and more. They also studied handicrafts, home economics, carpentry for boys, and sewing for the girls. There was also a registered nurse and a dentist.

The school supplied with the students the textbooks. School hours were between 8:00 A.M. and 12:00 P.M., and in some days until 2:00 P.M. My grandfather's favorite teacher was Eliezer Mayo, the gym teacher. He enjoyed playing football with his friends.

The teacher's attitude towards the students was significantly strict, especially from the school's principal. Apart from the children whose parents could afford buying lunch at school, other children brought food from home. The rules which were common at "Bialik" school the punishments were staying in class during the break and writing apologize sentences on the board. The Jewish holidays were celebrated in festive events at the gym.

The rules in the school were:

Arrive on time to school and lessons, Be sure to maintain order and cleanness, Take care and maintain school property, Return at the end of the year the books they received in good condition, Be polite to the teachers. Students must not call the teacher in his name but Mrs.Mr. (teacher's name).

The difference between my grandpa's school and mine is the school hours and subjects they learned, like handicrafts that we don't learn today. The boards seemed to be smaller than ours.

A lot of things are the same as ours like the school's rules and the celebrations in the school gym.

My grandfather and his family (parents and a big sister) lived in the Florentin neighborhood, Tel Aviv, where the Seforadic community settled down from Saloniki, Greece. He remembers his childhood near the synagogue "Shoshana", the stores at Salame street, Aliya and Levinsky market. He had happy memories of Simchat Torah when old neighbors and newcomers celebrated the holiday together.

An item that my Grandpa most remember is the Bible he received from his parents for his Bar Mitzvah. It symbolizes him becoming a grown man and the exciting celebration with all families coming to Tel Aviv from other towns in Israel.

As a child, my Grandpa used to play Monopoly, Marbles, Hopscotch, football, and crosswords in his childhood.

My Grandpa's family was traditional. His father went to Synagogue every Saturday and they all had breakfast including homemade Burekas, boiled eggs, cucumber, and Arak for the adults.

For Rosh Hashana, they have prepared the same Burekas filled with pumpkin and apple jam and a special cake called "Tupishti" made of semolina and sugar. On Yom Kippur, they used to end the fast with homemade Baklava made of filo leaves and nuts. On Passover, his family used to read the Hagada in Hebrew and Ladino and he especially loved the sweet Matza balls called "Bomuelos".

I learned that my Grandpa was playing with real games when growing and didn’t use the phone or electronic games.

He celebrated Alia and Simchat Torah and was living real life, life with meaning. I also learned that he celebrated a Bar Mitzvah, not in a banquet hall with his friends from the class, but only with the family members. I learned that his growing up in the past was special and different from what we know now in many ways.

Israel's War of Independence took place between November 1947 and July 1949.  As my grandpa was about a year old, he couldn't remember a lot of things, except that the British were still in control of Israel.

Although being a little boy during the years of the founding of the state, he still remembers the atmosphere during the times of war: He was told that his mother was transported to "Hadassah" Hospital in Tel Aviv for his birth by a British military unit called "Calanit". He remembers the war sirens when everyone had to go down to take shelter inside the stores in the  neighborhood. Another experience he remembers is that the teenagers used to paint the cars headlights so it would be difficult for the Arab snipers to locate them while driving at night.

He told me about the Russian church where Arab snipers took over, which endangered pedestrians in the street. The Israelis built a wall during the night in orders to hide the pedestrians who had to walk down the main street of Tel Aviv.

As a teenager, my grandfather took part in several Israeli wars and was in the IDF Corps of Engineers: Six-Day War (June 5th- 10th, 1967). In this war, my grandfather laid many minefields in the Ketziot area on the border of Egypt.

My grandfather remembers it as a long and difficult war, mainly participating in building the construction of the "Bar Lev Line". This line of military positions was built by the IDF along the Suez Canal in order to protect IDF soldiers overlooking the Israeli and Egyptian border along the canal.

My grandfather was called up to the war two weeks after marrying my grandmother, and for six months, he didn't see his wife. A significant experience from this war was that he almost stepped on a mine called a "Krembo", a mine against a human.

My grandfather remembers this war becoming more complicated as there was more cooperation between the local Lebanese residents and the organization of Hezbollah. My grandfather laid mines in Lebanon against Hezbollah operatives.

After being discharged from the military, my grandfather began working for Israel Aerospace Industries. During his 40 years of work, he helped build mainly small, sensitive and important parts of the fighter jets and insight planes of the IDF and EL AL, Israel's international airline .

The principle that guided my grandfather is to maintain the security of the state and the sensitivity of the military secrets to which he was exposed. He raised his three children to protect and love the country in which they were born.

Florentin
Florentin is a neighborhood in the southern part of Tel Aviv, Israel, named for Solomon Florentin, a Greek Jew who purchased the land in the late 1920s. Development of the area was spurred by its proximity to the Jaffa–Jerusalem railway. (Wikipedia)

”During the Yom Kipur War my grandfather almost stepped on a mine called a "Krembo", a mine against a human“