The life story of Amir Litvin 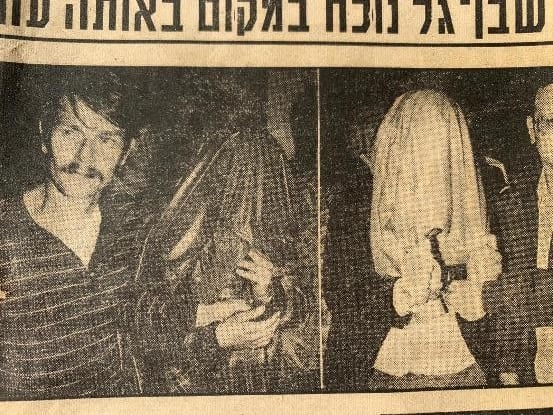 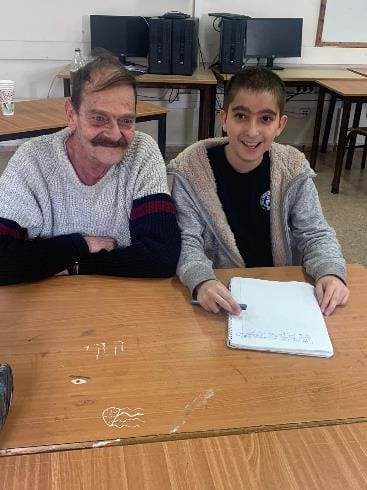 My name is Amir. I was born in Israel, Tel Aviv in 1952. My mother and my father: Shulamite and Aria called me Amir because I was born during the counting of the Omer. Another reason that my parents called me Amir is that on the counting the Omer we harvest the wheat and Amir means sheaf of wheat. My family name is Litvin, it means that the family came from Lithuania. My nickname was Shmirka, it means something sweet in Polish. I like my name.

When I was a kid

I had a lot of surprises during my life. I remember my 4th birthday, my parents said that they are going to a show. But in midnight I heard strange noises. Me and my big brother looked for the sound source in the whole house. Suddenly we saw a little dog in a small box in the bathroom. I was so surprised; it was my birthday present.

When I was 12 years old my father passed away next to my Bar mitzvah. I was very sad that my father won't see me read in the Torah. When the time came, I read my pericope, but I didn't celebrate the day because my father died close to my Bar mitzvah. "It was the saddest day in my life. It felt strange and sad that I won't talk to my father anymore."

When I inducted to the army, I went to the Naha"l combat unit. After that I became a commander of course constructor for tanks missiles destruction.

When I discharged from the army, I became a detective in Tel Aviv police. In the police I stopped criminals and thieves. It was a hard, interesting and challenging work. When I worked in the police, I got an excellence reward of Tel Aviv district and I met the prime minister of Israel in these times, Yitzhak Shamir, it was very exciting.

In 1974 I married my wife Leah. After that I moved from Tel Aviv to Bat Yam.

Me as a security department commander

When I left the police, I became the security department commander of medical center Tel Aviv (Ichilov Hospital). During my work I got aworker excellence reward of Municipality Tel Aviv and met the mayor of Tel Aviv. It was exciting.

I have a lot of special recipes. I love to cook and to invite my children's families to eat in my home for weekends. One of my main recipes is a chicken in honey and Teriyaki sauce. It's a sweet not healthy and tasty meal. It's very tasty with potatoes as a side dish.

Today I have 3 kids (named Igal, Yuval and Ariel) and 8 grandsons. I am 67 years. I am a pensioner. I have one big brother named Tzachi.