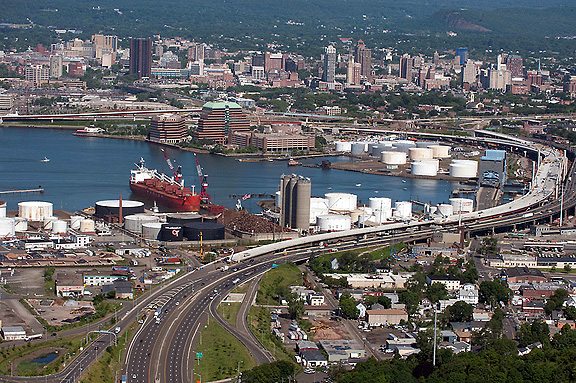 Growing up in New Haven, CT

My grandpa is named mark kasowitz. He was born in October 19, New Haven Connecticut. He lived in a two family house. His grandparents lived on the first floor with him. On the second floor was Mark’s parent and his sister. There was a huge basement with a coal burning stove. He lived there until college. His mom lived there from when she was born to when she was 67. It was a multi family house. Some trips he went to was he would take the train to the city to see yankee games and shows. He also went to the jersey shore and New England. He likes to work, travel, play golf, watch baseball, and basketball, exercise, garden, cook and be with family.

My grandpa spoke English and some Yiddish. He went to Hopkins Grammar School for high school because all of public schools in his area were bad and his grandma wanted for him to be a doctor so she paid for all of it. His second girlfriend was the only black person in the school and he was the only Jew in the school and they dated. A custom he had was every Passover his grandparents would give him a dollar coin and he gave me and my brothers a coin and we will give it to are grandchildren. Some special food he ate was knishes, meatballs and on Shavuot they ate bulky rolls.

My grandpa can remember even as an elementary school student, where he was the only Jewish kid in the school being very proud of being Jewish. This feeling came from his relationship with his family and their commitment to traditions like keeping kosher and not seeing it as a burden but a privilege. He used to go to Junior congregation on Saturday morning usually by bus and then he would meet his Jewish friends and do something after service like movie, play a football game and more. It wasn't until college that he actually went to school with a lot of Jewish kids, joined a Jewish fraternity and met Grandma Ronnie who was in college a few hours away.

Family traditions included Pesach always at our home with his grandparents and lots of family, some of whom we only saw at seders but were happy to see year after year. When my father came home from work on Friday nights he would say kiddush even though the rest of us had already eaten hours earlier. We always had a kosher home, celebrated holidays together and had a pride in being Jewish.

The story was uploaded as a part of the G2G program in Pressman School, L.A.