""Things happen along the way that make you change and redirect you.""

(Going Through the Blitz in London (ww2 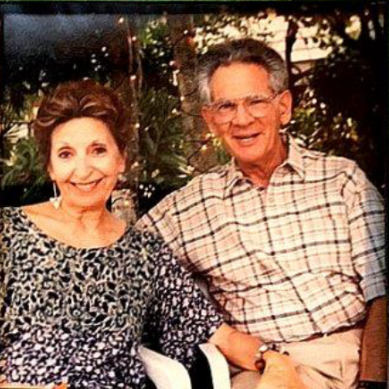 AN INTERVIEW AND VISIT ABOUT “THE SUNDAY AFTERNOON OF MUSIC” SERIES, ITS FOUNDER, DOREEN MARX KRULEWITCH AND HER HUSBAND, FINANCE DIRECTOR AND PARTNER, BYRON KRULEWITCH AT “THE PALACE“ IN MIAMI, FL ON 1/15/2019

This was our second visit to Byron and Doreen to record their stories on video. “THE SUNDAY AFTERNOON OF MUSIC” series had a fabulous run over nearly three decades, making music for adults and later for children as well. It all began with an exhibit of Judaica objects at Temple Beth Am (TBA) in Miami. Doreen, active in the cultural committee’s work suggested adding music to the exhibit and with four musicians the series began in the sanctuary in 1981. It was a great success to be repeated a year later. From there on it turned into an avalanche of concerts with some of the finest soloists and ensembles of concert music. The children’s concerts complemented the series and during the final year of 2014 they offered 15 concerts: 8 for adults, 6 for children and one for the children of the community of Miami-Dade County, performing “Peter and the Wolf” with Martin Bookspan narration.

To supplement the oral recordings of Doreen’s stories, a written version appeared in the 25th Anniversary program, which is in Appendix 1.

A very impressive list of names of the performers and the ensembles appears in Appendix 2.

After many years at TBA, they moved to the 600-seat Maurice Gusman Concert Hall on the campus of the  University of Miami. This new venue had excellent acoustics, facilities for projections, and a large stage to let the kids come up and mingle with the performers. The hall often was filled to capacity and at least on one occasion, honoring James Roos, the long-time music critic of The Miami Herald, the concert was so oversubscribed that two rows of about 55 seats were squeezed in front of the first row. –Fortunately the Fire Marshall never showed up, otherwise the concert might have been canceled.

The children’s concerts had some memorable features. Pete the Mime, dressed as a clown tried to keep the adult escorts of the kids quiet before the performance. – Doreen conceived her ABC supplement with apple juice, balloons and cookies offered after the hour-long performance. Whole Foods provided the juice, teenagers volunteered to inflate the balloons and Doreen baked tons of cookies, until one of the friendly shops took over this major undertaking. – The children were encouraged to march around and come up on the stage at the end of the concert.

Byron, a widower, and Doreen, a widow, first met at one of the afternoon concerts in the 1980s and were married after a year or two. They became partners in the enterprise of offering music to the community and they took turns to share their memories in the video.

As an example of the events, the cover and the program for the concert on November 16, 2003, along with brief descriptions of the season’s children’s concert appear in Appendix 3.

Prior to the 25th Anniversary Concert in 2006 they received many congratulatory notes from the artists who had cycled through the series, from the Governor, the Mayors of Miami and the City of Coral Gables, as well as from friends, financial supporters and relatives. The cover, the program and a few of the affectionate letters and hand-written notes appear in Appendix 4.

The story of Marvin Marx working for Jackie Gleason is detailed in Appendix 1, but Doreen’s recipe for the pie for Gleason may be seen in Appendix 5. 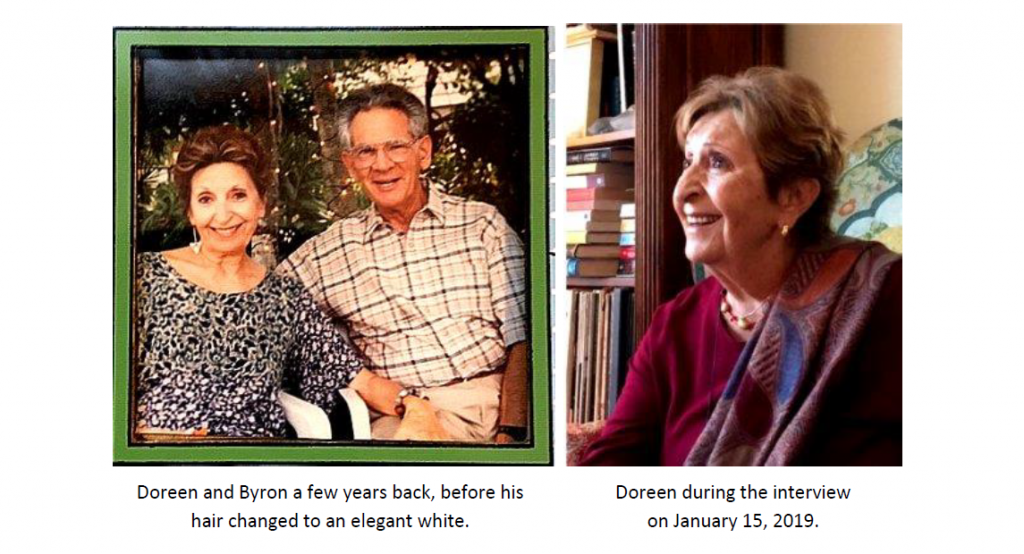 Thank you Doreen and Byron for putting up graciously with our small grew! Our best wishes for good health and continued fun for a long-long time together! With great admiration and affection, 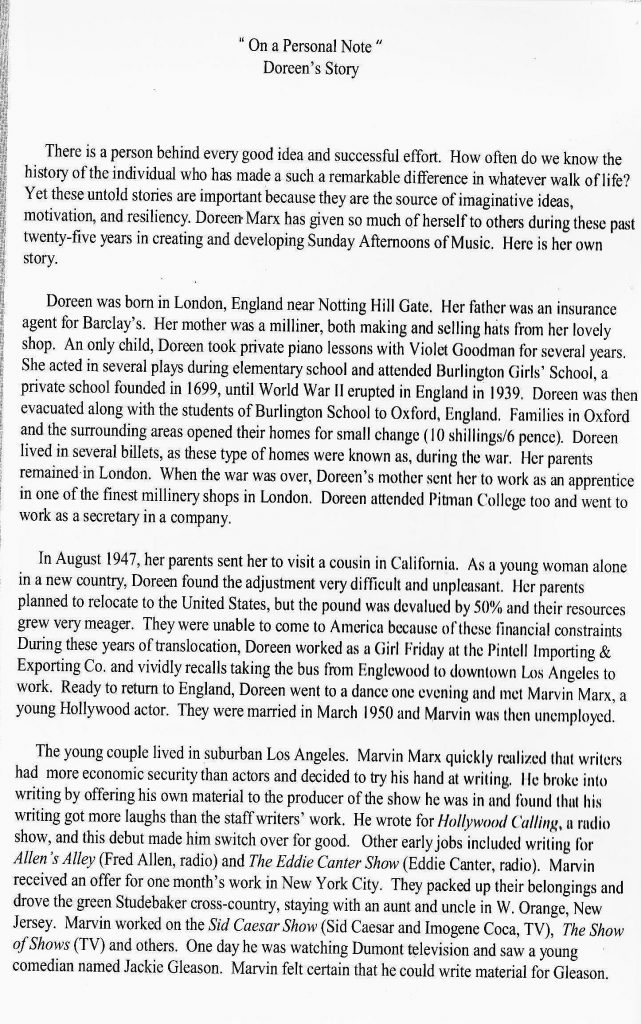 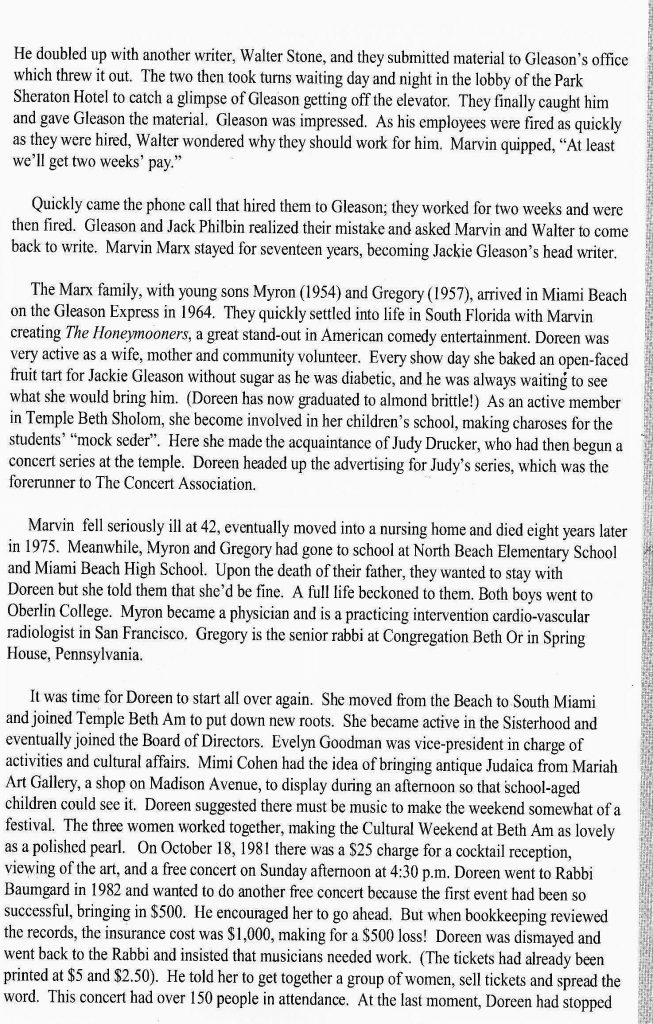 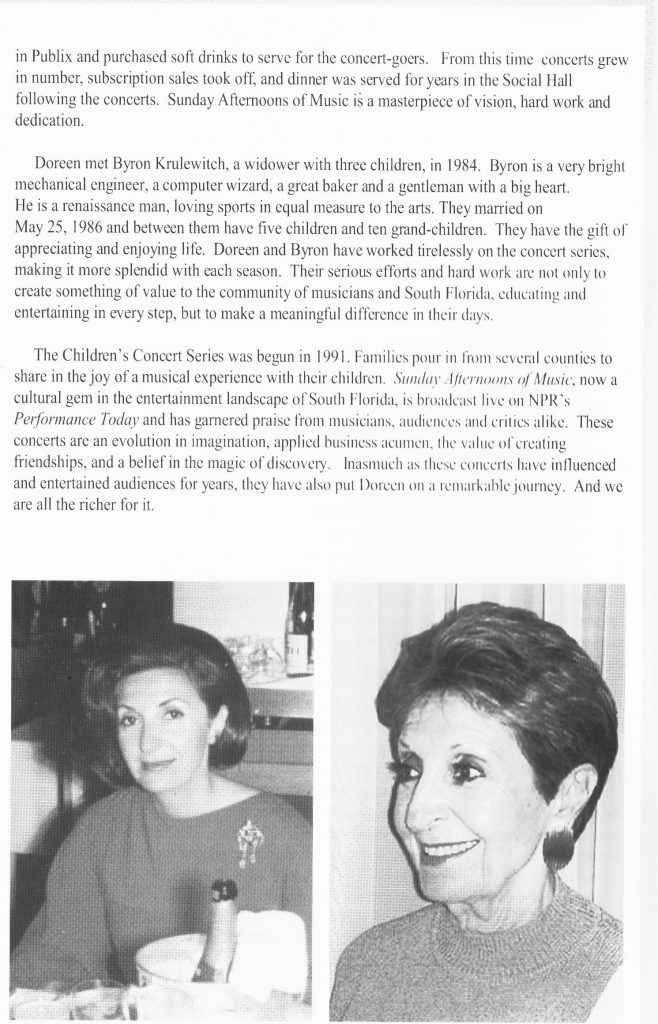 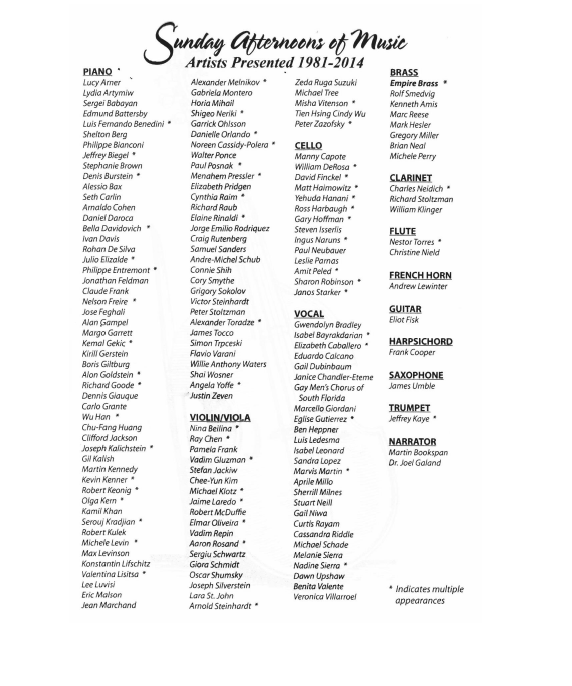 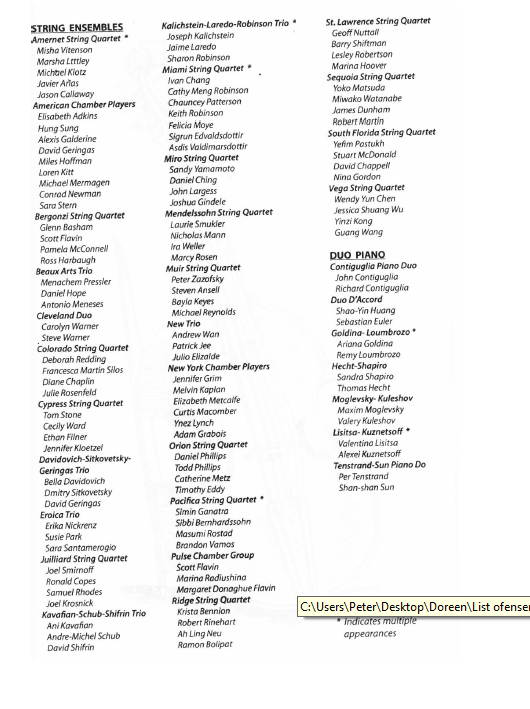 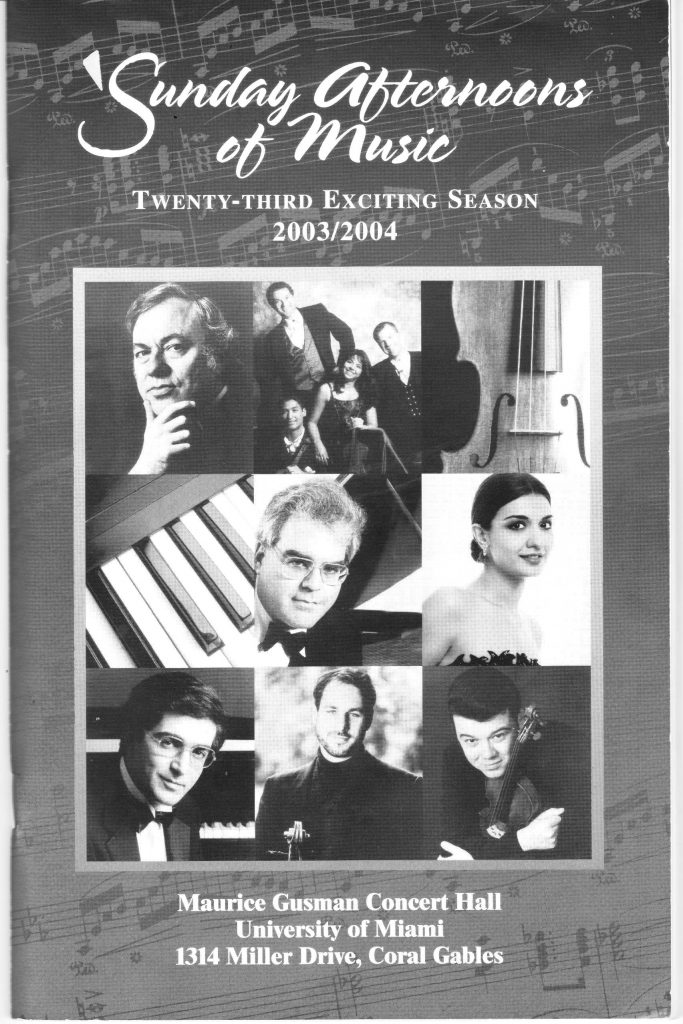 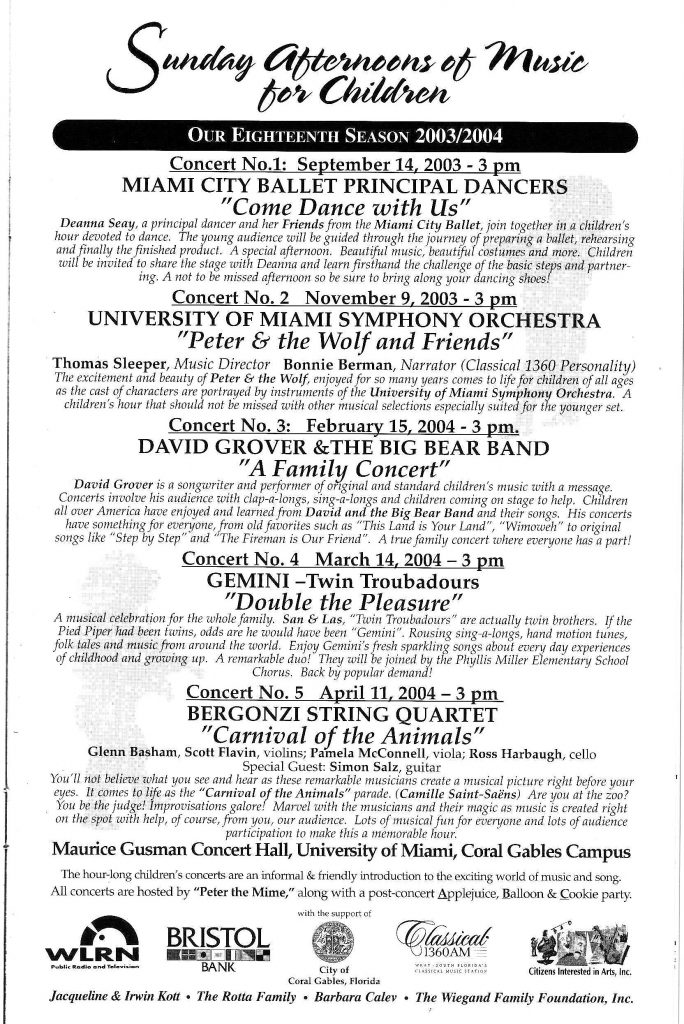 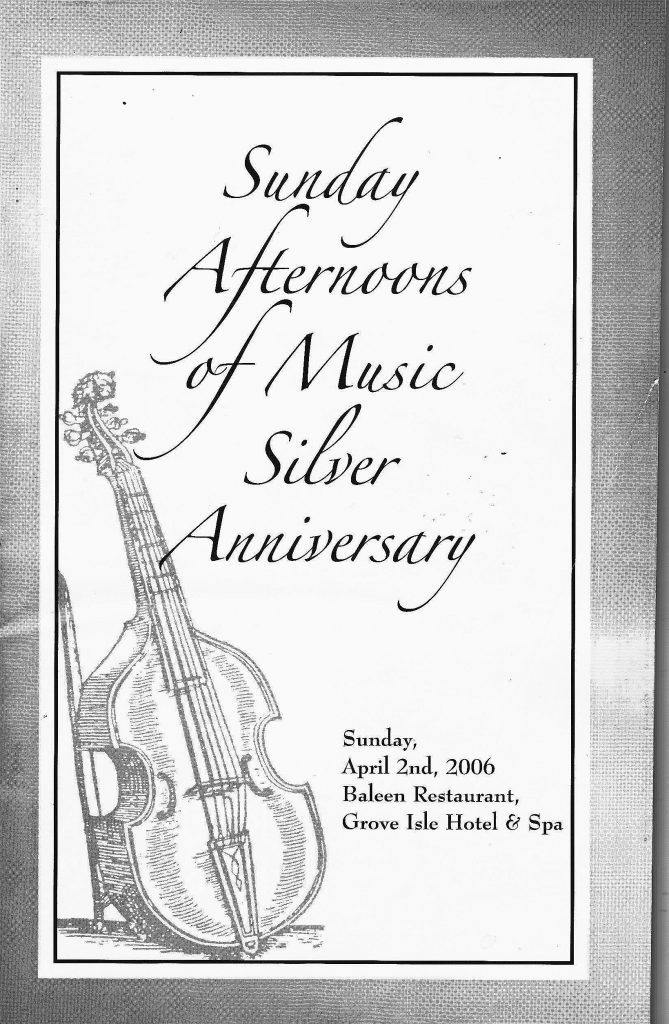 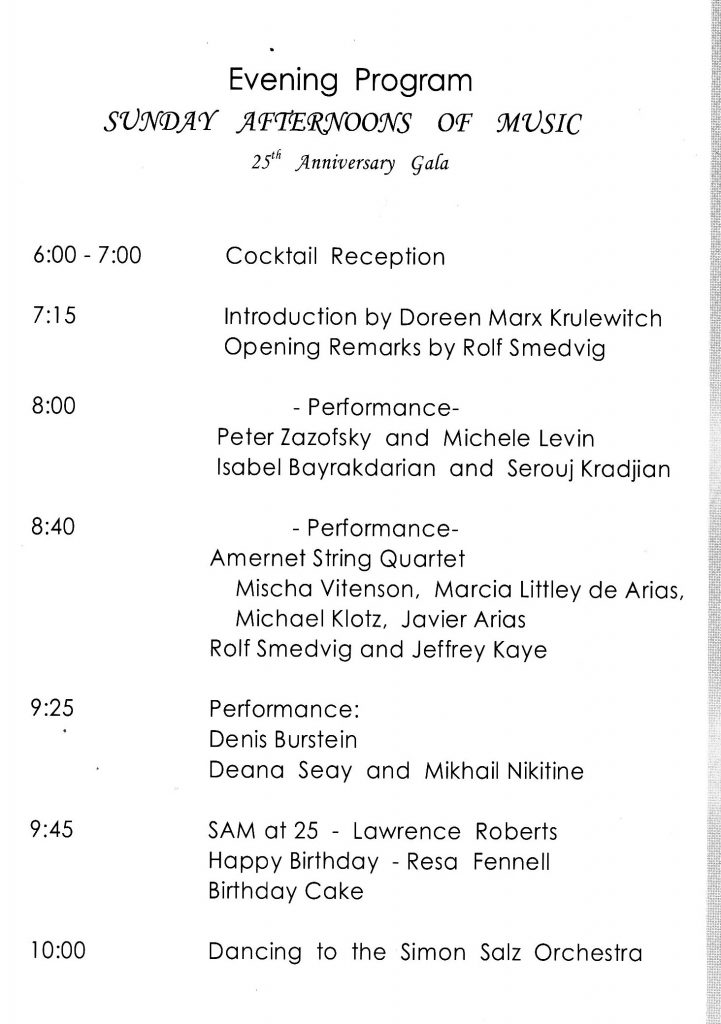 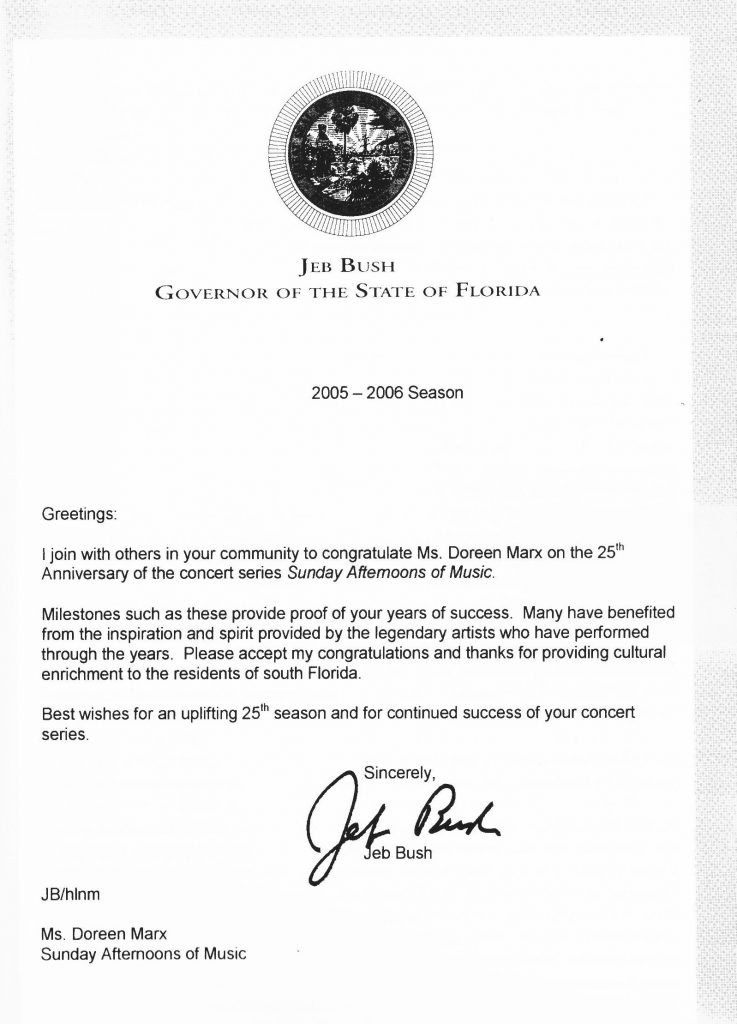 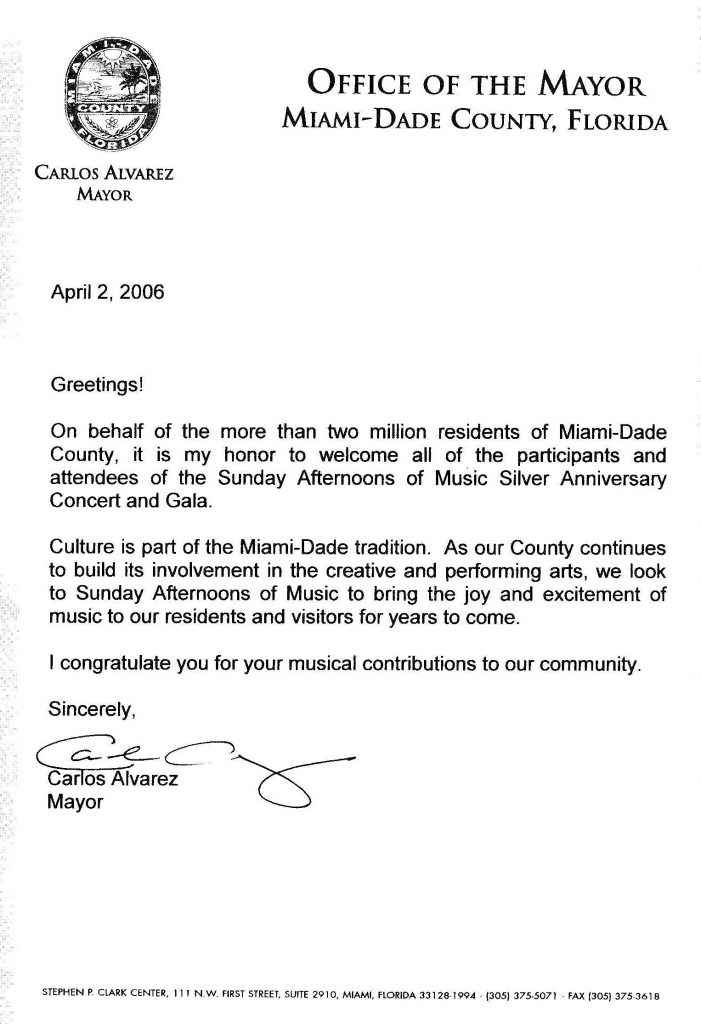 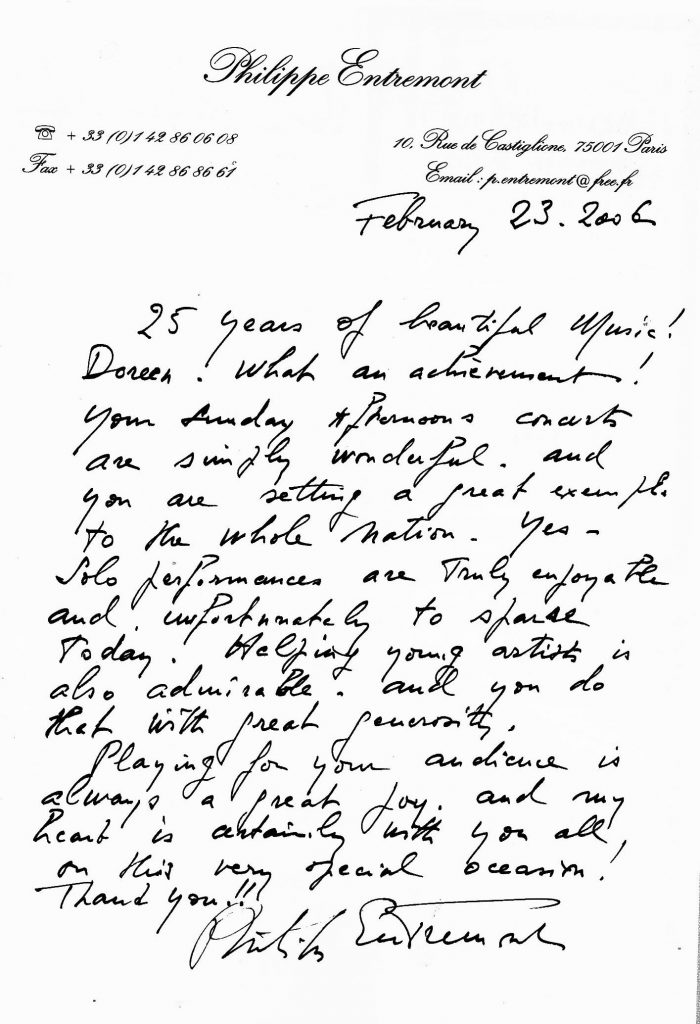 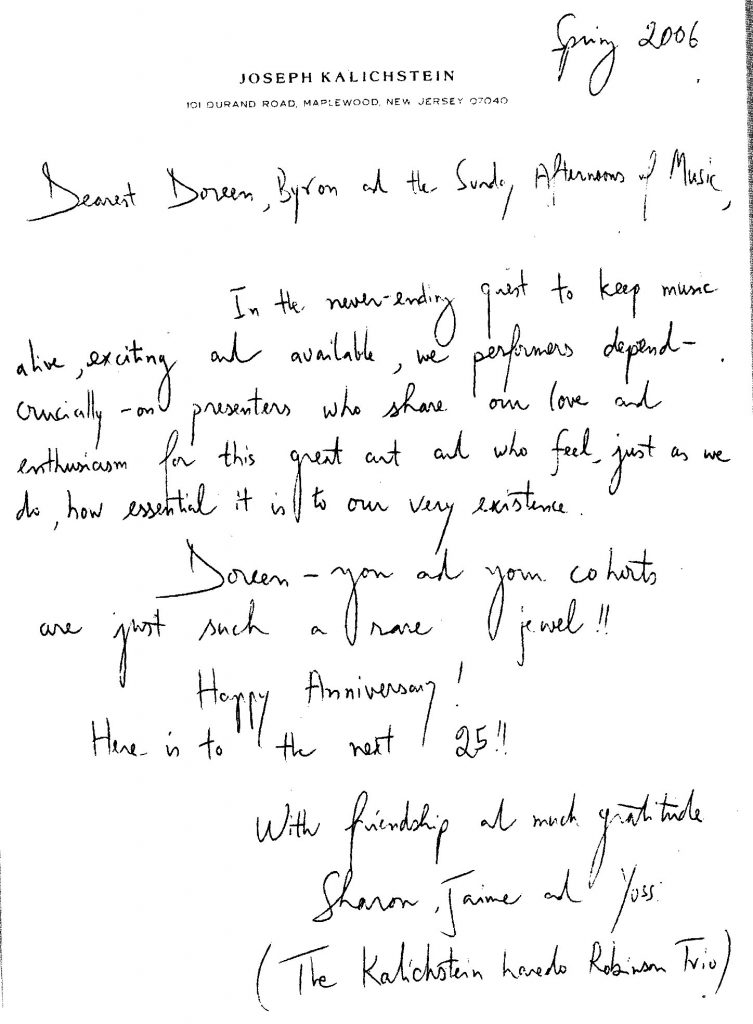 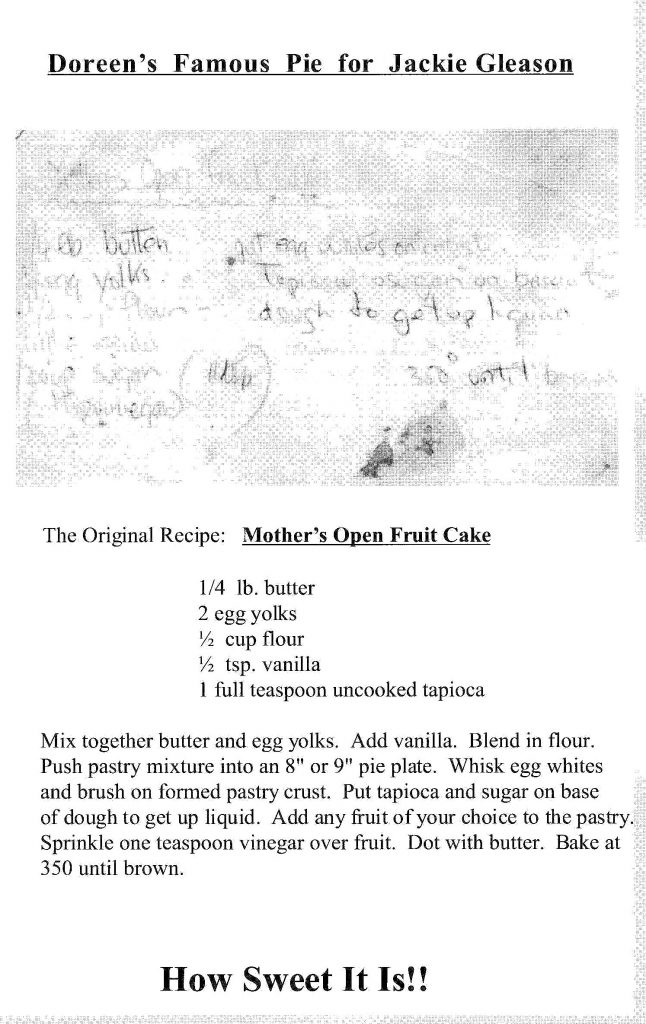 Doreen Describes Memories from the Blitz of WWII: https://www.youtube.com/watch?v=yiH_5CM2IhY&t=2s

”"Things happen along the way that make you change and redirect you."“