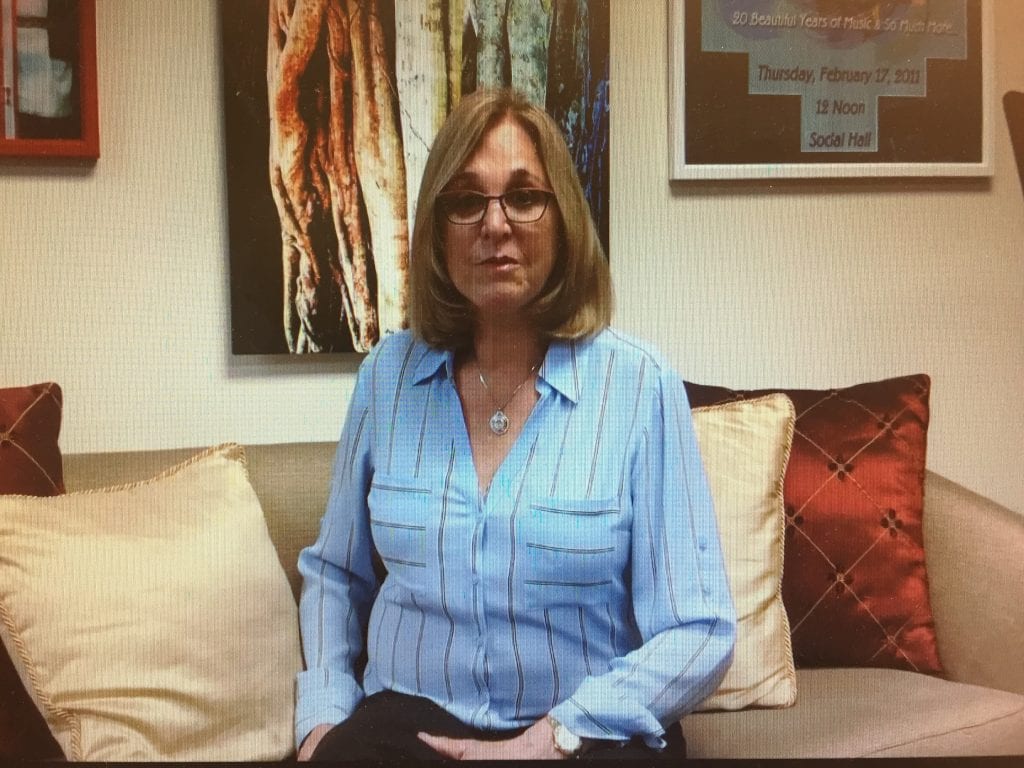 Rachelle Nelson is a native Floridian. She is a graduate of the University of Miami in both music education and music theory composition. After graduation from the University of Miami in 1979, she continued on to Hebrew Union College, School of Sacred Music in New York City and graduated in 1984.Cantor Nelson was the first female Reform Cantor to serve the South Florida area.She is in her 18th year with Temple Beth Am. Rachelle is skilled in several instruments: voice, piano, flute and guitar. She has performed in concerts and workshops throughout the United States and Europe and has taught Jewish Music history at the University of Miami. Cantor Nelson is a highly recognized composer of Jewish music throughout the United States. She has had several compositions published by Transcontinental Music in New York City, as well as through her own "In the Spirit Music Foundation." To add to her compositional success, Rachelle has collaborated with her colleague, Rabbi Terry Bookman, for several years. They have published three CDs: “Bless Our Days” (prayers for inspiration and healing) and “Bless our Years (songs for the cycle of life), and "Bless Our Days" (songs of the Jewish calendar), and songbooks and sheet music as well. Together they have created “In the Spirit Music Foundation” to encourage the writing and publication of new and inspirational Jewish liturgical music. Several of Cantor Nelson and Rabbi Bookman’s pieces can be found in these publications: “The Cantor’s Manual,” R’fuah Sh’leimah: Songs of Jewish Healing, “The complete book of Jewish Rounds,” Kol Dodi (Jewish Music for Weddings) Shabbat Anthology II, and Music for Shabbat worship from the 68th ORG Biennial. Currently, Cantor Nelson and Rabbi Bookman are completing their 3rd CD, “Bless our Holy Days,” blessings for the holy days, festivals and holidays of the Jewish calendar year. Cantor also has helped lead services for Shabbat evening, Shabbat morning and Havdalah services at the URJ Biennials. In 2005, Cantor Nelson was honored by the American Committee for the Weizmann Institute of Science as a Woman of Valor. In Spring 2008, Cantor Nelson was featured in the University of Miami’s alumni magazine in the article ”Cut from a Different Cloth,” and In 2010 Cantor Nelson was honored by the Jewish Museum of Florida with its Glass Ceiling Award. Most recently, Cantor Nelson created the Intrafaith Choir of South Dade, which consists of 35 singers from area synagogues throughout Miami. They have sung in major concerts in both Synagogues and Churches. On December 12 ,2010 Rachelle was the featured soloist with the Civic Chorale of Greater Miami.Rachelle is an extremely proud mother of twin daughters, Leah and Rebecca, who are both attending college. Rebecca hopes to become a doctor of medicine and Leah aspires to follow in her mother’s footsteps as a Cantor.

Rachel Nelson was intreviewed by Andrew Wolf as part of a program at Temple Beth Am, Miami.