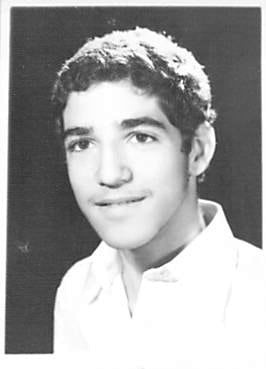 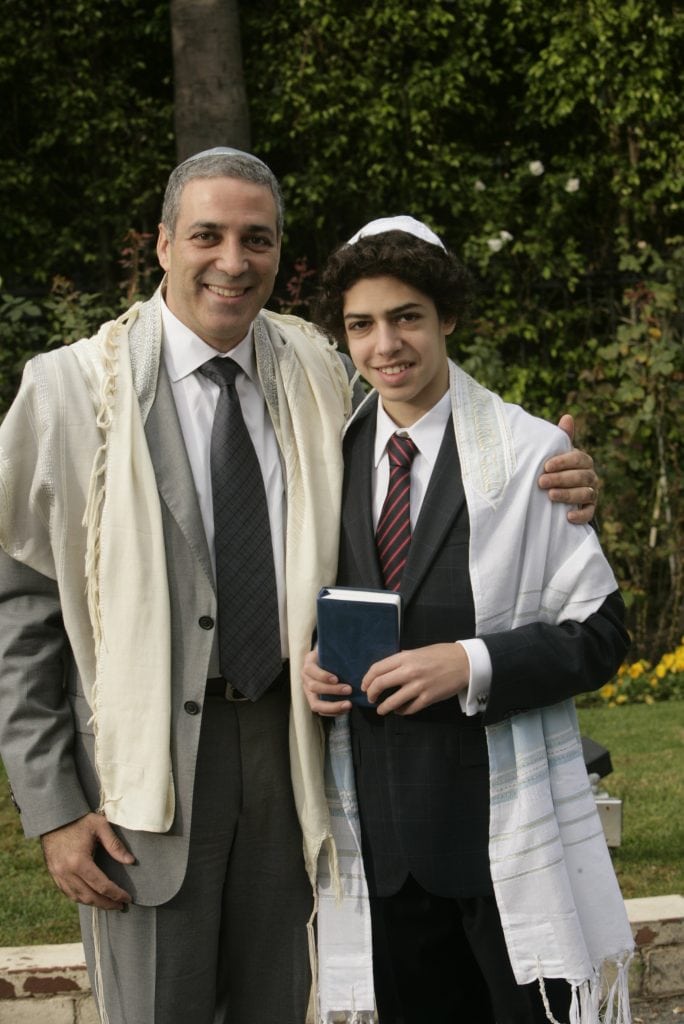 Memories from age 13 in a new land

On July 13, 1979, two days before my 13 th birthday, my family and I left Iran. For my parents, the decision to leave was a struggle. As Jews, our fate and our future in Iran was uncertain. I remember one dark, ominous night, when the stench of burnt tires and the ugly sight of sandbags and makeshift trenches were beginning to overtake Tehran, and the decision to leave was winning the argument, I witnessed my father, with tear-filled eyes, telling my mother that it was not easy for him to leave the grave of his mother forever. I can still close my eyes and see the look of utter defeat and helplessness in his tired face. To this day, I cannot fathom how our parents gathered the strength to plow their deep and matted roots from the land of their parents, of their grandparents, and of 2000 years of ancestors. At the end, they decided to leave. My mom would leave with the kids to West Covina, near Los Angeles, where my older brother had been studying for about a year. The plan was for my dad to join us in a few months, which eventually, turned out to be nearly six years. There was so much that they had to plan and finagle in a very short time, to arrange our emigration. They worked tirelessly for months to arrange for passports, visas, school applications, money, and much more. But with all the planning, the arrangements, and the finagling, they simply forgot one thing: I was becoming a Bar Mitzvah.

My two older brothers had bar mitzvahs worthy of any young Jewish boy. They had their early morning synagogue readings, with dozens of family members cheering, "yelping" and throwing hard candy. My brothers, in their time, had taken their rightful place among the Jewish people, with prayer, pride and celebration, surrounded with family, friends and love. They had their party with even more friends, family, celebration and dancing. It was only logical that I would have the same. I had studied hard for two summers. I was ready. I could picture myself standing in the presence of my parents and family, and with the loudest and clearest voice declare, "Blessed are You, LORD, our G-d, King of the universe, Who has kept us alive, sustained us, and enabled us to reach this season." But destiny, as it turned out, had other plans.

It’s amazing how many stories and how many plans were swept away by the broom of a revolution, but mine did not really hit me…until recently.

We moved to West Covina, and soon to Los Angeles. The profound effect of the move for me, my siblings, and for thousands of teenage Iranian immigrants, was that we had to simply grow up quickly. Our days were long and full of plans, but not plans that should occupy the summer of a thirteen-year-old. I had become the eyes, ears and tongue for my mother. We would spend our days walking the streets of Los Angeles, first in search of an apartment, then for all the basics that make a home, then for schools. Later, we would hit the empty pavements in a city where no one walked, in search of a lawyer to help us secure a green card.

Almost a month into our exile, on a hot August day, my mom woke me up and told me to get ready. I asked her what she had planned for the day. She said, "Your Bar Mitzvah." I had almost completely forgotten about that. Initially, I thought to myself, how can we celebrate my Bar Mitzvah when my dad is not even here? Next, panic set in. I had not practiced in a while, and I was not sure if I remembered. I said nothing. So, on that hot August day, like all other days of that month, my mother and I left our apartment, hit the empty pavements, grabbed a bus, and ended up on Fairfax Avenue. We walked a few blocks up Fairfax, until we reached a store front, which appeared to me from the outside to be a bookstore. As we entered, we were greeted by a black-suited Orthodox man. He asked us why we were there. My mom asked me to explain to him in English that I was there to be "Bar-Mitzvahed." I am not sure the man completely understood. After a long, puzzled look at the two of us, he led me to the back of the store, pulled out a Talit and Teffilin set, handed them to me, and stood beside me in silence. I honestly cannot remember the rest. I simply do not know what I did or how long it took. All I remember is the profound feeling of embarrassment I had for imposing on that nice man.

Many years later, a wise Rabbi told me that having a Bar Mitzvah is not the same as becoming a Bar Mitzvah. Indeed, whether I had a Bar Mitzvah, I had already become one by virtue of being who I was, who my parents were, and on whose shoulders my skinny legs stood.

Nevertheless, what the thirteen-year-old boy perceived was no hoopla, no fanfare, no yelping, no family and friends, and no dancing. That was his Bar Mitzvah.

In November 2009, thirty years after that hot August day, I honored my son — my first-born — as he became a Bar Mitzvah. He fulfilled this privilege, in the presence of G-d, his parents, grandparents, family, friends and 2000 years of ancestry. Unlike me, but definitely with me, he did wrap the Teffilin around his long and slender arm, place the headpiece upon his precious head, and walk onto the Altar. He did recite the holy prayers, read from the Torah, and he did proudly accept his responsibilities as a Son of the Commandment. He did all of this, surrounded with his family, friends and love. Later, he did have his celebration. As for me, I stood beside him, overwhelmed with my thoughts, humbled beyond belief, with eyes full of tears, and thankful beyond measure. Above all – I celebrated.

On a Personal Note