"Little did she realise he would be her future husband" 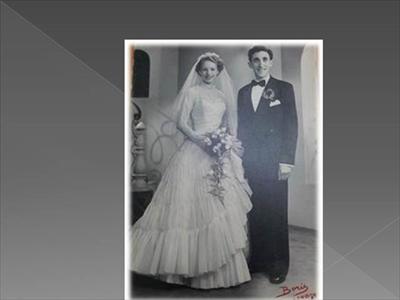 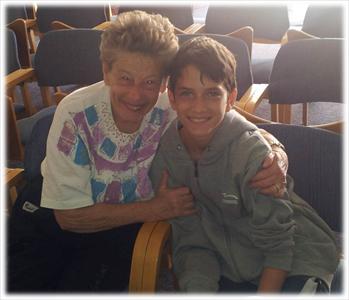 Joy’s Childhood
Joy was born in 1934, in London (UK). At the age of sixteen she was working for John Murray, the famous book publishers and was interested to receive an invitation for a party from Gerry Collins, the editor of "Teenage Magazine”. Little did she realise he would be her future husband.
The Wedding
The wedding was planned for the 29th of August, 1954. Gerry thought it would be wonderful if Boris- of world fame- could take the photographs but he had retired. When Gerry made inquiries he was told that Boris would only come to the studios  if he promised to order a minimum of six portraits (which were very expensive) but agreed as it would be a once in a life time event!! 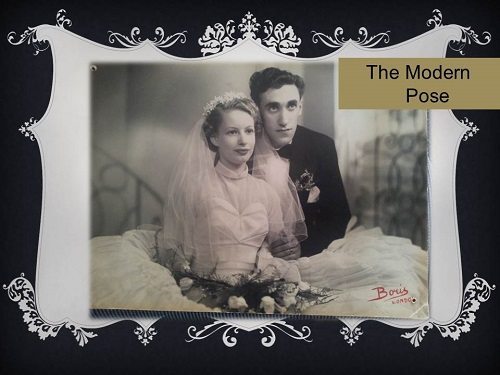 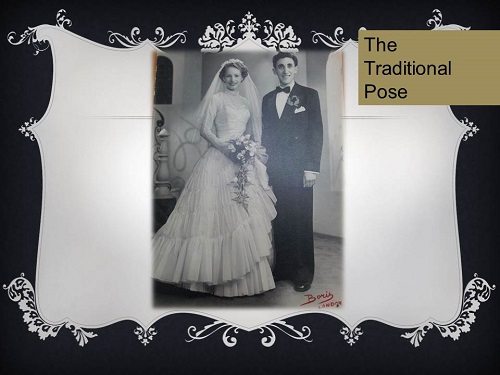 The Family
After three years, Joy and Gerry started raising a family. They have four sons: Anthony, Malcolm, Warren and Dean. Joy has one sister (Sally), and has a 98 year old mother. Malcolm immigrated at the age of 18, and this was the beginning of their twice-yearly visits to Israel. Although they had family in Australia and the UK, they were becoming more and more uncomfortable with the atmosphere of anti-Semitism in the UK and Europe. 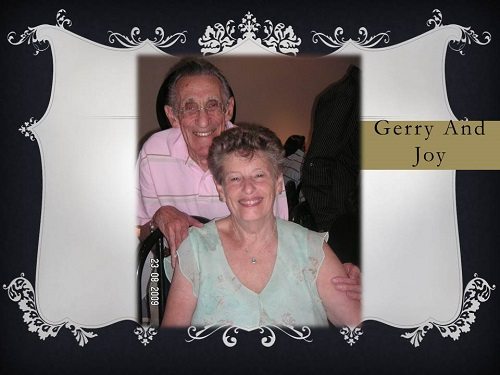 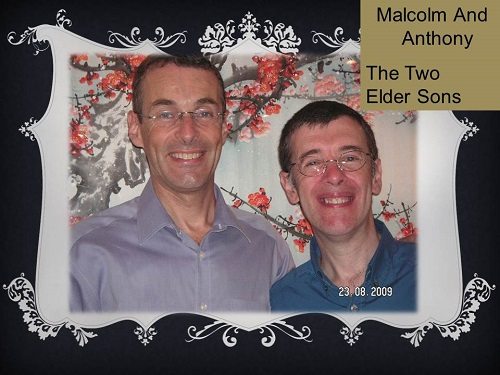 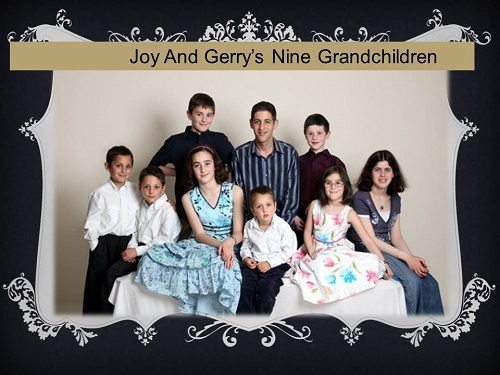 Joy and Gerry's Aliyah
Joy and Gerry made aliyah to Israel in September 2011.They were afraid of anti-Semitism and from the growing danger to Jews in Europe.Unfortunately Gerry became sick and passed away in October 2012.
The Surprise
In 2012 Joy was contacted to give permission to reproduce a copy of her wedding picture in a biography that was being written about Boris. When meeting the author, she was told that the modern pose was the first ever seen in his collection of hundreds of wedding portraits. In traditional poses they were all standing like soldiers. 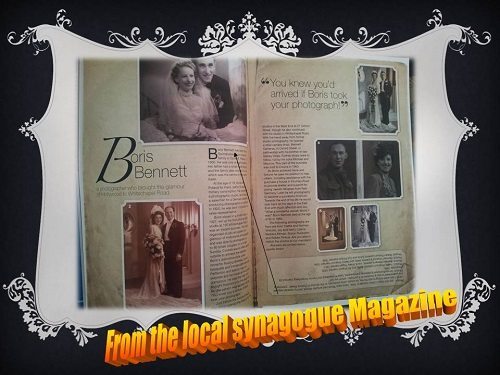 Tal's Feelings about the Project
I chose to participate in this project because I thought it would be a great experience, learning about Joy’s life and her family. The project was fun and enjoyable.At first I felt a bit shy. It was hard to start a conversation with someone I had never met before, but afterwards I felt more confident and our conversations got very interesting.
Joy’s Thoughts about the Project
Having only lived in Israel for only 18 months, I was a bit apprehensive about what would be involved. However, the staff and the children were all so helpful. Tal and I got on so well, and the whole experience has been a pleasure. I wish him and all the other students a lot of success for their future.
Click here to watch Joy's presentation on YouTube

”Little did she realise he would be her future husband“