"Never let anyone copy your style, its bad manners" 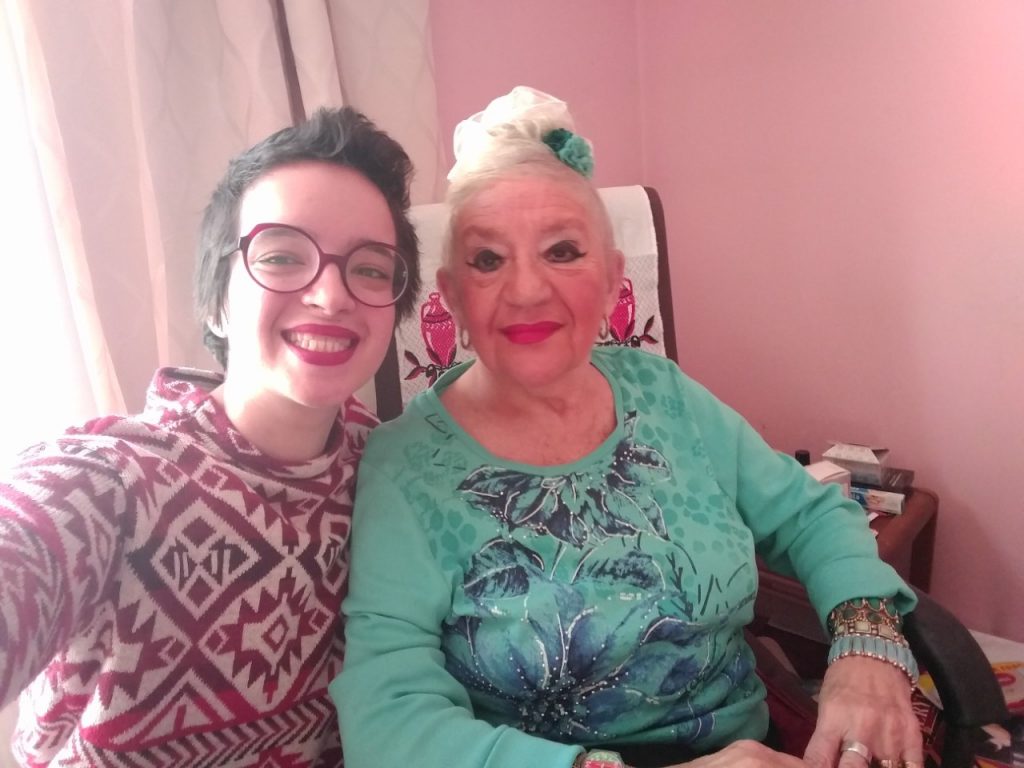 Marion Davies was born in one of the most diverse areas of the UK, the EastEnd of London, a few years before the beginning of World War Two.

Her father worked in a Tailor shop and her Mother’s family were butchers.

From a young age Marion was passionate about clothing, she recalls how “if I saw something I liked in a shop or in a magazine I didn’t have to buy it because I could just ask my father to make it for me”. As a result of this fortunate position Marion was always on trend and her wardrobe was always up to date with the latest styles and fashions.

Marion Davis in her youth

Marion has always been strong willed and high spirited, not only in how she expressed herself through clothing but also in her actions. Marion was evacuated at the age of 7 to the countryside however only stayed a few hours in her new home as she would always be a city girl. She got the train back to London and remained there throughout the Blitz.

Her passion for fashion continued throughout her life, working as a saleswoman and shop assistant at various places around London and in the EastEnd. I am certain that she is where I got my patience for customer service and ability to sell from.

Marion has always torn down walls that have been in her way and married a Welsh-man, the first in her family to marry a non-Jew, however he did convert. They met at Southend beach at the age of 16. She had two daughters but continued to work throughout her life and for a short while resided in a multi-generational house, with her parents, her husband and her young children.

Marion continued to work throughout her life and attends one of the only remaining Jewish Social clubs in the EastEnd today. As the population of this area has changed over time, with new waves of immigration and people of different faiths coming to live in the area, Marion has always been active and vocal in educating the younger, newer generations on what life as a Jew in London was like and what it was like to reside there during World War 2.

”Never let anyone copy your style, its bad manners“