Borsht
A type of soup with beetroot and beans

""I believe everyone should remember his past, those who forget it are forgotten - "Evgenya" 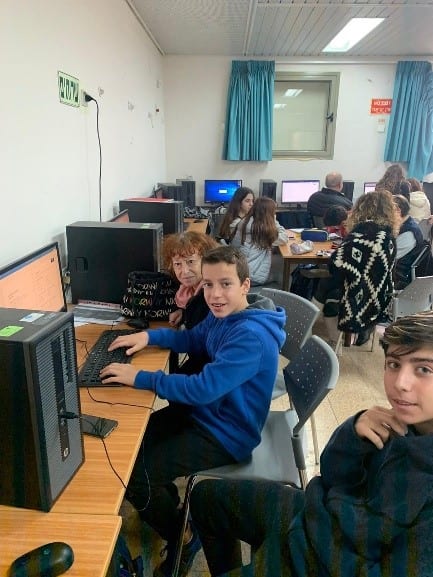 The origin of My grandma's name is the name of her Great-grandmother. It's a Jewish name that her grandfather chose for her. Her father wanted to name her Bracha.

Her grandfather wanted this name. My grandmother's name has no story behind it.

Her nickname was Genya. She changed it from Evgenya to Genya. She likes her name. My grandmother's immigration was in 1973.

Only at Passover the whole family would be untied because it's a very big family and it's very hard to get the whole family at one place without some kind of "excuse" for all of them to get together. They also didn't know much Hebrew, Only the basic words.

When they arrived at Israel her father wasn't attached to the religion but he went to the Synagogue. He'd get back home after 15 minutes at the Synagogue, then my grandma's sister asked him why did he get home that early, then he said that a war started and the IDF told everyone to fight for their country's sake. My grandma's family didn't believe there is an actual war but then people from the IDF came and announced that war has begun.

While the war went down they were scared and they were hidden in their houses.

After the war was done, they would go to small cities to collect fruits.

Borsht
A type of soup with beetroot and beans

”"I believe everyone should remember his past, those who forget it are forgotten - "Evgenya“